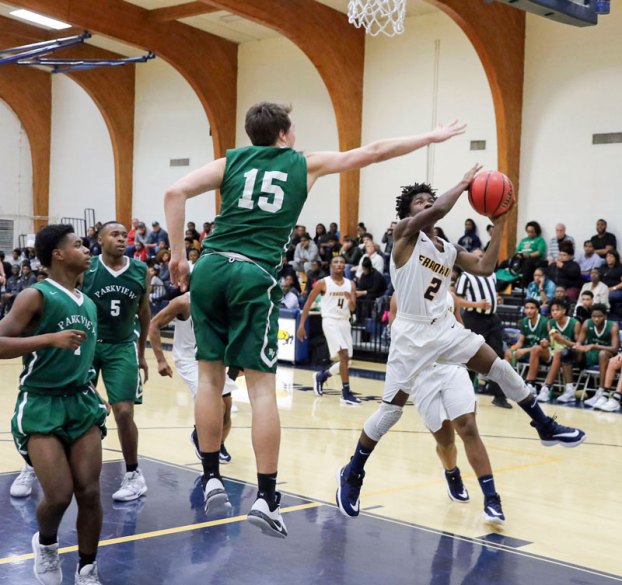 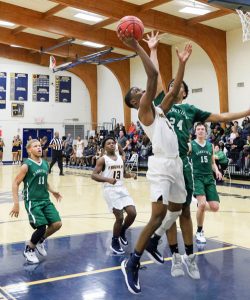 The two teams battled hard the first quarter ending with a Dragons leading 18-17. Going into the second quarter, the Dragons outscored the Broncos 26-11 for a 43-29 lead at the end of the first half. The Broncos, never throwing in the towel, continued to fight, and with 33.5 remaining in the game the home team had cut the lead to 57-65. At the 9.6 mark they had shots but could not connect.

Franklin High School head coach Robbie Cutchins said afterward, “What an effort. As I have said it before, we are not in this for a moral victory, but what an effort. This team was down 15 points twice tonight.”

He noted that the Broncos decreased the lead between the two from 11 points to four, and commended Park View as “a really good powerhouse.”

For the Dragons, four players were in double figures. They were: Josh Boyd with 18 points; Anthony Gardner 13 points; and Lanthony Joyner and Adam Crabel scored 10 points apiece.

Lady Dragons come out on top over Lady Broncos

Lady Bronco Jahnaya Jones prepares to get a shot off under close guard by Lady Dragons. — Frank A. Davis... read more