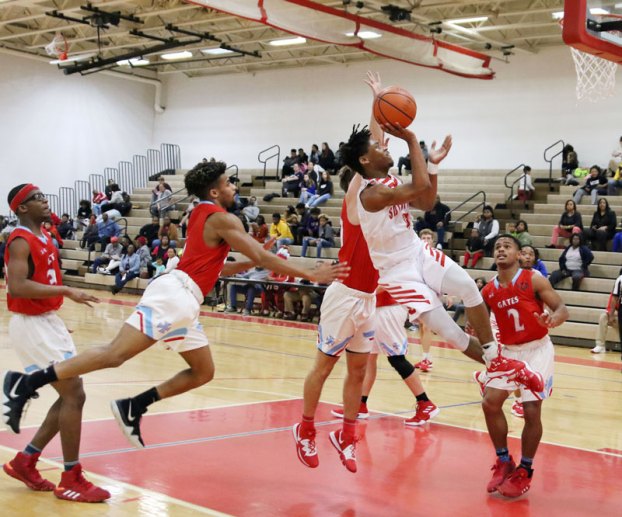 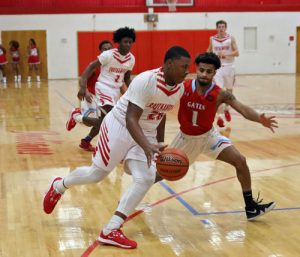 Moving the ball down court is Javen Johnson — Frank A. Davis Tidewater News

Coming back from the Christmas holiday, the Southampton Indians were a little slow, but managed to pull off their first win in 2020 with a score of 63-52 over the Red Barons of Gates County High School of Gates County, North Carolina. The game was played in Southampton High School’s gym on Monday.

After a slow first quarter with the Red Barons opening and leading briefly, the home team came back to take the lead with 14-7 at the end of the first quarter. By the end of the first half the Indians held onto a 24-20 lead. In the second half of play the Red Barons made a few runs at the Indians, but the home team prevailed and won with no major theat.

Southampton High School Indians Head Coach Sharone Bailey commented after the game, “We didn’t practice that much during the break, but coming out of the Christmas break, it was a good game tonight. Some of my guys got a little winded. We went in at half time to work some things out. The energy and effort was slow, but we came out in the third quarter with energy and effort to be able to put the game away. I was proud of the guys tonight.”

The Indians had two players in double figures. They were Ah’Launtae Outlaw with 21 points and Javen Johnson with 20 points.

In scoring, the Red Barons only had one player in double figures and that was Iziah Walton with 16 points.