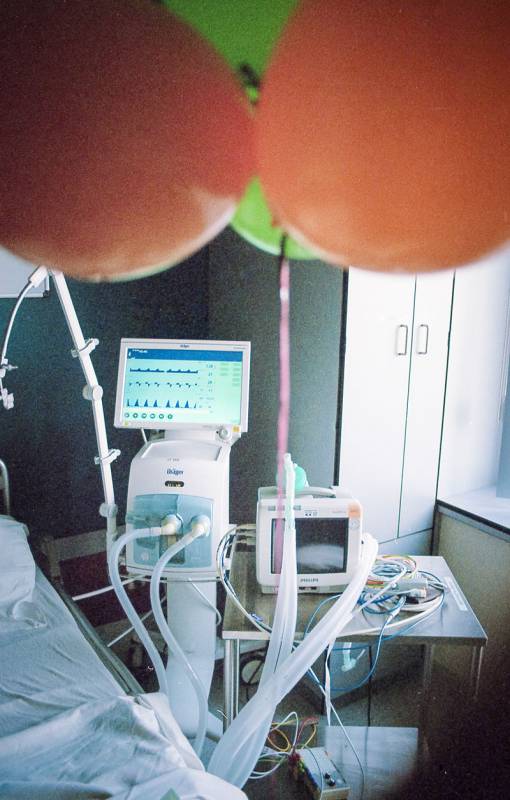 Tampering with medical equipment, such as the one above, is one of several ways that a person with Munchausen's Syndrome by proxy can manipulate the health of a person in their care. — Courtesy Capital News Service/VCU

Recent programs such as Hulu’s “The Act” and the HBO documentary “Mommy Dead and Dearest” have introduced audiences to a dangerous and often overlooked phenomenon: Munchausen’s syndrome by proxy.

It is a mental health problem in which a caregiver causes an illness or injury to a vulnerable person — often a child. The disorder is difficult to diagnose and treat. Here are key facts about Munchausen syndrome by proxy, or MSBP.

The symptoms of MSBP manifest as child or elder abuse, depending on the circumstances. Officials at the National Institutes of Health describe MSBP as “a special form of child abuse in which an adult repeatedly produces symptoms of illness in a person under his/her care.”

Health professionals distinguish MSBP from Munchausen syndrome, a condition in which people intentionally harm themselves or purposely self-induce illness to satisfy a desire to be cared for. With MSBP, the perpetrator (often a mother) will inflict such symptoms on a child or elder as a way to inspire sympathy from others.

The methods used to garner such attention from others can range from simple lies about an illness to actual physical harm — even poisoning — of the victim.

Health officials say the victim may have been initially healthy but face the risk of becoming seriously ill or even dying in the care of someone with MSBP.

Studies cited by the NIH report a mortality rate between 6 percent and 10 percent for MSBP victims, making it one of the “most lethal forms of abuse.”

The current medical term for such an illness is Factitious Disorder Imposed on Another, although it is more commonly referred to as MSBP. The phenomenon is relatively rare in the U.S. — making up just 1,000 of the approximately 2.5 million cases of child abuse reported annually.

Health experts said it is notoriously difficult to identify and properly treat Munchausen’s syndrome by proxy. People with the disorder are known to be great liars and master manipulators.

One method they use is to alter medical tests and results to make it seem as if the person in their care is sicker than they truly are. People with MSBP can get away with this, health experts say, because they often are familiar with medical terms and concepts.

This could explain why many cases of abuse caused by people with MSBP can go undetected by medical staff and law enforcement for long periods of time.

Online organizations such as the Munchausen Syndrome by Proxy Survivor Support and Awareness Group on Facebook provide those affected by MSBP with a community to vent and to heal.

Two cases of MSBP involving young mothers in Virginia have been publicized in recent years. In both instances, the perpetrator was arrested on child abuse charges.

One case involved a 23-year-old woman whose 3-year-old son was being treated in 2016 at the Children’s Hospital of the King’s Daughters in Norfolk for “ongoing medical issues.”

The woman was arrested after video surveillance from her son’s room showed the young mother allegedly detaching medical equipment being used to give the boy vital medicine. The judge overseeing her case said there was reason to believe the woman gave doctors false information about her child’s medical records.

Earlier this year, 29-year-old Elizabeth Malone admitted to purposely poisoning her 5-year-old son with syringes of her own blood while he was being treated at Inova Fairfax Hospital last spring. She said she did so because she “liked the way staff responded to him once he was bleeding.” Video footage from a security camera shows Malone injecting blood into her son’s IV line and tracheostomy tube.

Had she not been caught, according to doctors, it is likely that her child would have died from the injections, which resulted in high fevers and infections. Malone, who has two other children, will be sentenced in July.

Such an illness may seem too bizarre to be true, but the disorder can result in major consequences, for both the caregiver and patient. No case may demonstrate this better than the conviction of Gypsy Rose Blanchard for the murder of her mother Dee Dee.

The Blanchards, who lived in Greene County, Missouri, were the subject of “The Act” and “Mommy Dead and Dearest.”

Dee Dee Blanchard’s MSBP was reportedly so severe that she forced her daughter Gypsy to use a wheelchair, despite knowing that the girl could walk without difficulty.

Dee Dee lied to Gypsy about her age, telling her she was 14 when she was actually 18 or 19. She also told doctors Gypsy had the mental capacity of a 7-year-old. This allowed the mother to keep Gypsy under her control for as long as possible.

Dee Dee reportedly used manipulation and medical jargon to keep her daughter powerless. She shaved Gypsy’s head and told her, and others, that she had leukemia. As a young girl, Gypsy’s salivary glands were removed at the insistence of her mother, and the child required a feeding tube.

Dee Dee also made Gypsy use a breathing machine while she slept. This combination of feigned illnesses rendered Gypsy a hostage in her own home.

After conspiring with a man she met online named Nicholas Godejohn, the two came up with a plan to murder Dee Dee. Godejohn stabbed Dee Dee to death before the pair fled to his Wisconsin home and were soon tracked down by the police.

Godejohn was found guilty of first-degree murder in 2018. He will spend the rest of his life in prison.

Gypsy pleaded guilty to second-degree murder in 2016. She was sentenced to 10 years in prison and will be eligible for parole in 2024.