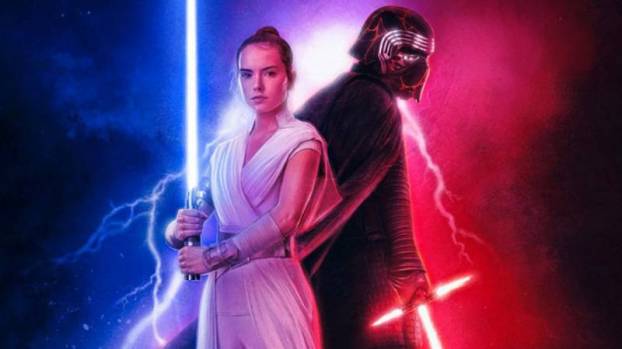 Well, it’s finally over. After 42 years, the Skywalker saga has (allegedly) ended with “The Rise of Skywalker” and I am sad, yet totally here for it. You don’t need me to tell you how culturally significant the “Star Wars” franchise has been. I have been a diehard fangirl since I first saw Princess Leia’s iconic buns and blaster, Han’s handsome smirk and Luke’s luminescent lightsaber. With such history, I can only imagine the difficulty in deciding how to say goodbye to this beloved series and its old and new characters, but director J.J. Abrams (who directed my favorite “Star Wars” film “The Force Awakens”) nailed it.

Of course, you’re never going to make everyone happy and as you may or may not have seen, the film has become very divisive with fans. I will admit that there are a few things I wish Abrams had done differently, mainly when it came to honoring the characters of Rose and Finn. However, I genuinely find it hard to imagine calling this movie “bad” or considering it a disappointment.

So, with all of the ridiculous hostility surrounding “The Rise of Skywalker,” I wanted to focus on the several things I loved most about the film. Hopefully, instead of focusing on the negativity, you will buy a ticket and make your own decision. Will this be your favorite film in the franchise? Probably not. “The Force Awakens” and “The Empire Strikes Back” exist. But embrace your inner fanboy/fangirl and have fun. How can you not? It’s “Star Wars,” you scruffy-looking nerfherder!

The battles. OK, so to be completely honest, there isn’t a stand-out battle scene with a “wow” factor like in “The Force Awakens,” “The Phantom Menace” or my personal favorite “The Last Jedi” throne room lightsaber scene. But what I liked most about the battle scenes in “Rise of Skywalker” was the consistency. For pretty much every fight scene, I was on the edge of my seat and ready to watch Rey put her more finely tuned Jedi skills to the test. Which leads me to my next point … .

The stakes. Because Han Solo was killed in “The Force Awakens,” and Luke Skywalker, Supreme Leader Snoke and Admiral Holdo (Laura Dern) died in “The Last Jedi,” I was constantly concerned that another big character was going to go kaput in this film, especially with it being the last in the franchise. And that’s how an action movie should be! I won’t tell you if anyone *does* die, but the fact that “Star wars” has shown it is possible really added to the suspense of each fight.

The Carrie/Keri’s. It’s hard to put into words how much Carrie Fisher and Princess Leia have meant to me since I first saw the film as a little kid. Leia gave me a strong female role model to look up to and was one of the first heroines I remember seeing on-screen that could hold her own and actually save her friends. Leia gave a whole new definition to the term “princess” and made it cool to be a smart, blaster-wielding badass. I am so thankful J.J. Abrams was able to pull footage from “The Force Awakens” to ensure Leia’s presence is felt throughout the film, even though Fisher passed away before “The Rise of Skywalker” began filming. I don’t want to say too much about Leia’s storyline in this film, but I do love that we were given some more information about her ability to use the force.

And don’t get me started on Keri Russell, who stars as an awesome new masked character named Zorii Bliss. Although Zorii may only show her eyes, Russell gives an incredibly expressive performance, rocks a sleek costume, and her chemistry with Poe Dameron (Oscar Isaac) is white-hot. I am going to need a spin-off movie or TV show ASAP.

The cute new characters. I would die for BB-8 and leave it to “Star Wars” to introduce us to a couple more new characters this time around (no unfortunately one of those is not baby Yoda). Babu Frik is too cute for me to handle, even if his particular set of skills may be detrimental to a fan favorite character. LOOK AT HIS LITTLE WELDING MASK! My heart! And this sounds a bit weird to say, but I love the friendship between the new Pixar lamp-looking droid called D-O and BB-8 almost as much as I loved hearing the droid tell Rey “no thank you” when she attempts to touch him … similar to what I want to say to all of the “Rise of Skywalker” haters!

COURTLAND Instead of pinning the tail on the donkey, youngsters could to play pin the heart on the Grinch. Submitted... read more