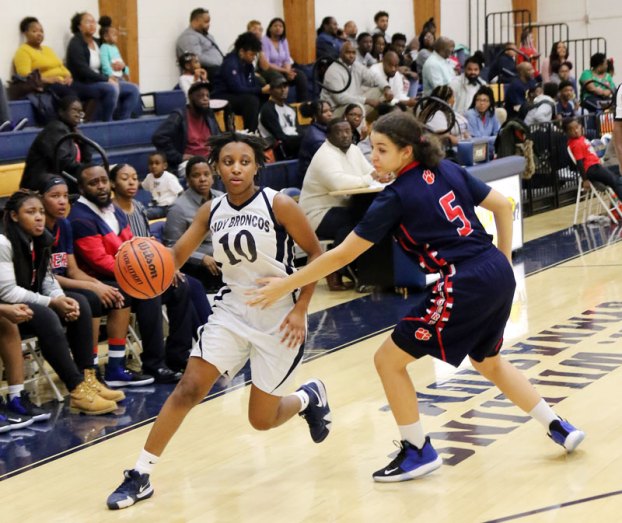 Arbania Wiggins moves the ball around the court and away from the Lady Tigers of Sussex Central High School. -- Frank A. Davis Tidewater News 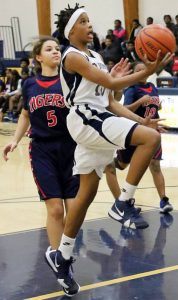 Jamia Flythe drives to the basket on a fast break. — Frank A. Davis Tidewater News

The Lady Tigers held a 30-24 lead at the end of three quarters of play. But the home team tightened up on defense in the final quarter of play to hold the Lady Tigers to two points while scoring seven themselves. The Lady Broncos had the opportunity to take the game, but just couldn’t connect on many shots.

In scoring for the Lady Broncos, one player in double figures and that was Jamia Flythe with 15 points.

For the Lady Tigers. they were led in scoring by Shyrell Ross with eight points.

Franklin High School Lady Bronco head coach Mona Sumblin commented after the game, “Yes, we should have won the game. We hustled, but the shots that we normally knock down we were not knocking down. We have to do a better job on defense and rebounds and play better ball in terms of hustle.”