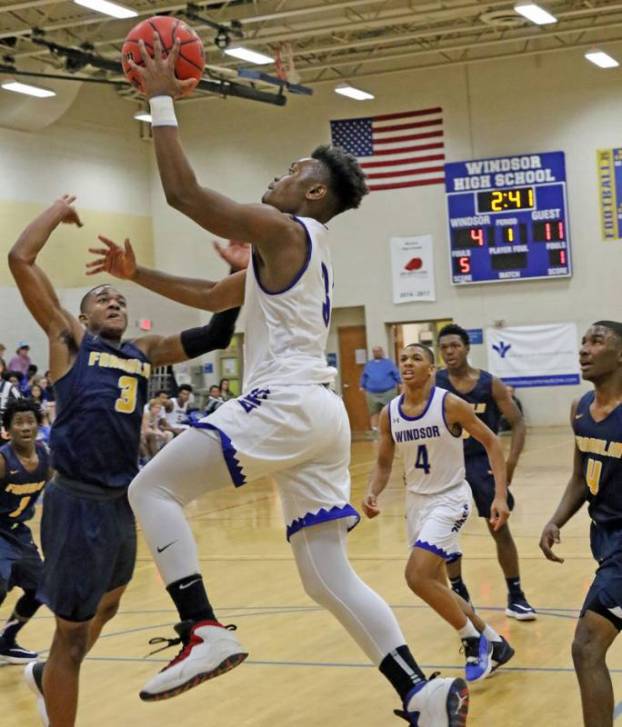 Will Johnson drives to the basket. -- Frank A. Davis Tidewater News 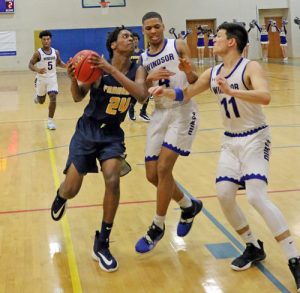 For the boy’s game against Windsor High, the FHS Broncos jumped out slow with a close first quarter led score of 14-10 to lead over the home team. Entering the second quarter, the Broncos exploded with their largest scoring of the game with 24 points. Their defense allowed only nine points for the Dukes. At the end of the first half the Broncos held the lead with a score of 38-19. Going into the second half the Broncos continued in scoring while playing good defense to take a 67-37 win over the home team.

In scoring, the Broncos had three players in double figures. They were led by Bryan Powell with 18 points, followed by Myroen Barrett with 12 points and Derrick Perry with 11 points.

For the Dukes, Parker Scott led with 11points.

Bronco head coach Robbie Cutchins stated after the game, “It was good to get off the ground and get running. We dived right in it, we got four games this week. But we have put a lot of work in all ready. We got a lot of kids out here that have no experience and have not seen the bright lights before.

Especially having not seen JV and jumping right into it with varsity is very impressive to see what they did tonight, and I am proud of them. But, we have a lot of things to work on and a lot of things to get better, and I look forward to it.”