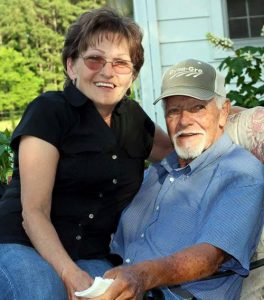 Mack was a devoted husband, father and grandfather. He was born on Dec. 29, 1943, in Lumberton, North Carolina. During his life he spent several years in Moyock, North Carolina, and later Windsor, Virginia, until he settled in and made Southampton County his home for the last 20 years.

Mack spent his life framing houses all over Virginia and North Carolina. He was very talented with his carpentry and his woodwork that he created and took great pride in his work. His greatest satisfaction came from providing for his family; seeing a smile on someone’s face when their home was complete; and the realization of “a job well done.”

Mack loved fishing, working in his garden and cooking for his family.

Left to cherish his memory are his loving and devoted wife of 44 years, Joan O. Bailey. The love that they share forever is one that is like no other. Also left to cherish his memory are his four children: his son, Charles F. Bailey Jr. of Ivor; his daughters, Lisa Brauswetter of Chesapeake, and Danielle Jones and her husband, Dennis of Ivor; and his son, Tracy Bailey and his wife, Jennifer of Carrsville.

The family would like to give heartfelt thanks to Hannah Emert, Tracy Kubinak and the entire ultrasound team at Sentara Obici Hospital for their care and compassion over the last several months.

The funeral will be at 1 p.m. on Thursday, Dec. 12, in Wright Funeral Home, Franklin, with Mr. Luke Hardison officiating. The burial will follow at Southampton Memorial Park.

The family will receive friends from 6 to 8 p.m. on Wednesday in the funeral home.