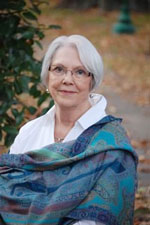 Brought up in Franklin, Betty Ann was a daughter of the late Noah “Pete” Bradshaw Jr. and Edna Virginia Hennaman Bradshaw, and was also predeceased by a brother, Robert A. “Bobby” Bradshaw; and a grandson, Warren Kent.

She was a 1955 graduate of Franklin High School, and an office manager for Dr. Fred Ward in Franklin and Dr. Michael Pike in Cary, North Carolina.

She was also a member of the Franklin Literary Club.

The memorial service will be at 2 p.m. on Saturday, Dec. 14, in Wright Funeral Home with the Rev. Rita Kanten officiating.