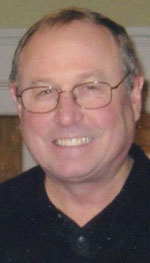 Todd was born in Salzburg, Austria, to Donald Earl Bodenhamer and Ruth Mathews Bodenhamer on Aug. 4, 1954. His parents both served in the military; his father, as a sergeant first class in the U.S. Army, and his mother, as a Mobile Army Surgical Hospital nurse during the Korean War. Todd was very proud of his parents’ service to their country.

Todd obtained a Bachelor of Science degree in biology, with a minor in chemistry, from Central Washington University in 1977. After completing the Reserve Officers Training Corps program, Todd officially joined the U.S. Air Force after graduation. Todd completed Squadron Officer School in 1981, obtained a Master of Business Administration degree from University of Montana in 1984, and attended the United States War College in Washington, D.C., from 1992-1993.

Todd’s long, distinguished career in the Air Force was composed of many positions and numerous responsibilities. During his career, Todd moved up in rank quickly and effectively, ultimately rising to the rank of full colonel. Todd worked at the Pentagon in the office of the Secretary of the Air Force in various roles: Acquisition Officer; Capitol Hill Air Force/Legislative Liaison; and finally Chief of Nuclear Policy. Todd served in Nebraska at Offutt Air Force Base as the director for Nuclear Planning, and also at Malmstrom Air Force in Montana as the Missile Commander of the 10th Missile Squadron. In 1998, Todd served as commander of the 4404 Support Group at Prince Sultan Air Force Base in Saudi Arabia. Prior to retirement in 2001, Todd served as a member of the U.S. Nuclear Command and Control System Support Staff for the Secretary of Defense.

Todd often said he was only one of many air men and women who fought the Cold War at its height in the 1980-90s. He was not only well respected by his superior officers, but also by those whom he commanded. Todd received numerous awards, designations, tributes and recognitions throughout his illustrious career — particularly the Lance P. Sijan Award as Top Air Force Leader service-wide in 1998 — all of which are testaments to his dedication to serving a country he loved.

Happily retired, Todd and Diane moved to Pace, Florida, outside of Pensacola, in December 2016, a dream of Todd’s for many years. Todd loved the weather, the beach, his cats, spending time in the pool, reading the many military biographies he had collected over the years, cooking on the grill, watching Fox News, and following his favorite sports teams — the Washington Nationals, Boston Celtics and the Washington Redskins — on TV. Todd was happy the Nationals finally won the World Series this past November.

Todd lived a full life and loved God with all his heart. He will be sorely missed by his wife, children, family, friends, and neighbors.

Todd will be interred at the Veterans’ Administration National Cemetery at Quantico in Triangle, Virginia, with full military honors, on Friday, Jan. 24, 2020, at 1 p.m.

In lieu of flowers, donations can be made to Air Force Aid Society (afas@afas-hq.org) or to The American Society for the Prevention of Cruelty to Animals (aspca.org/donate).

“My soul finds rest in God alone; my salvation comes from him. He alone is my rock and my salvation; He is my fortress, I will never be shaken.” Psalm 62:1-2 NIV

The National Cremation and Burial Society of Milton, Florida, and the office of the Veterans’ Administration of National Cemeteries are in charge of funeral arrangements.