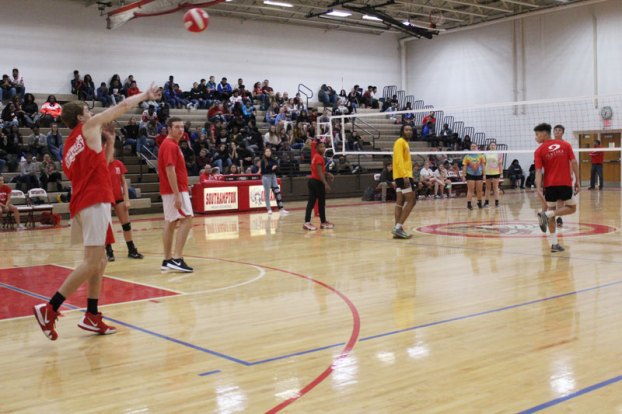 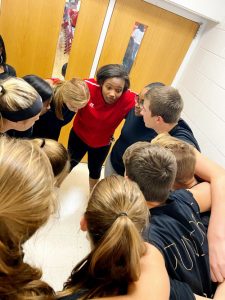 Ayana Bell coaches her junior team in a huddle before the championship match. Submitted | Melissa Edwards

The Southampton High School PBIS team hosted a fundraising event on Nov. 8. The event was a battle of the classes’ volleyball game.

Each grade selected students to make up their team playing for bragging rights.

Starting the showdown, the seniors played against the freshmen pulling out the first win of the tournament.

In a close second game, the junior team came back from behind for a victory.

The final game was a replay of the homecoming pep rally, seniors versus juniors. The latter came out with energy and spirit to win the overall battle.

Each grade had different cheering sections and having students as coaches made for additional entertainment. The event was a success and gave students another opportunity to show their “Indian Pride.”