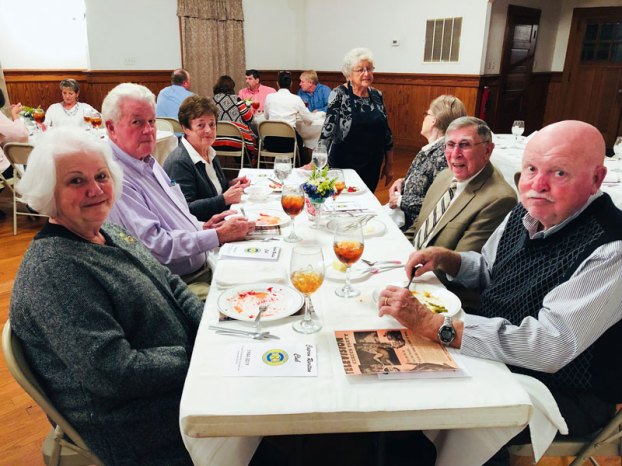 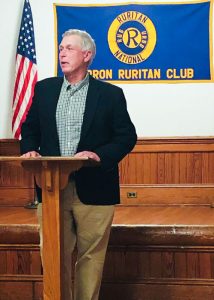 Clarke Fox, a past president of the Capron Ruritan Club, gave a program on the local group’s history. Submitted | Clarke Fox

Capron Ruritans recently celebrated the 75th anniversary of the founding of the club. President Allen Applewhite welcomed members and guests. William Hart Gillette said a prayer after which the attendees were served dinner.

A program on the history of the club was given by member, Clarke Fox, who stated that the club was chartered on Nov. 1, 1944, and was sponsored by the Courland Ruritan Club. It was one of only six clubs nationally chartered in that year.

The Capron group later sponsored the Sedley Ruritan Club in 1947. Serving as the first club president was John E. Fox Sr. There are currently three sons as well as several grandsons of original charter members who belong to the club today.

The Capron Ruritans’ goals are to promote fellowship, goodwill and service to the community. The club has financially supported local youth baseball and softball teams, 4-H clubs and more.

The evening concluded with Applewhite leading everyone in the Pledge of Allegiance.

The Capron Ruritan Club gathers every first Thursday of the month at 7 p.m. for dinner and a program. Meetings are held at the Capron Community House on Main Street in Capron. Anyone interested in joining should contact any member of the club.

Let us go up to the mountain of the Lord

By Charles Qualls Nipper was a mongrel, born into 1884 Bristol, England. He was thought to be part Fox Terrier... read more