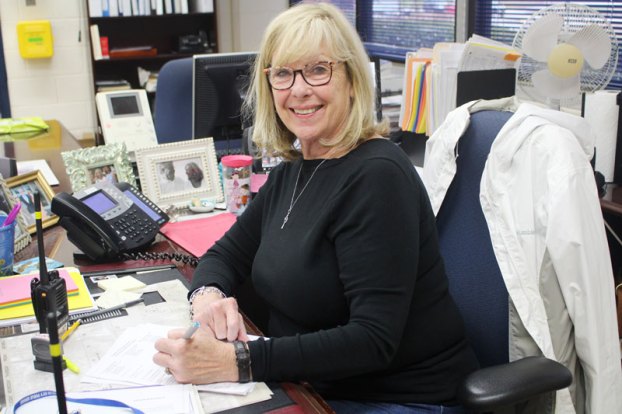 Jewel Johnson is FHS's alumna of the month for November. Submitted | Suzanne Blythe

Jewel Johnson is a 1974 graduate of Franklin High School. She has worked many jobs, but the one she is most proud of is working for the New Horizon program in Adult Education for four years at Camp College. Johnson began working at Franklin High School in 2001 and has been with Franklin City Public Schools ever since. She was married to the late Mickey Johnson for 35 years. They have two daughters, Amy Taylor, who resides in Richmond, and Katie Weaver, who lives in the Outer Banks, North Carolina. Both are also graduates of Franklin High School. Johnson also has two grandchildren, Myles and Memphis Taylor.