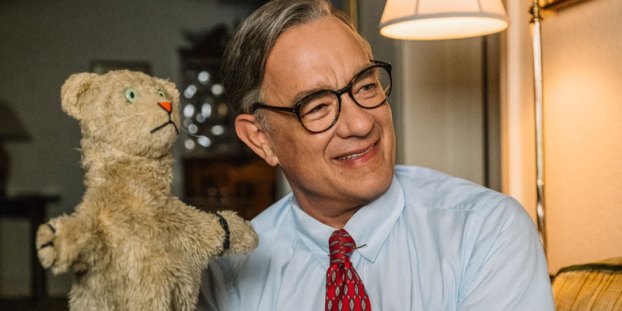 ‘A Beautiful Day in the Neighborhood’ is crowd-pleaser

“A Beautiful Day in the Neighborhood” is a crowd-pleasing movie if I have ever seen one. Directed by Marielle Heller, the film is anchored by fantastic performances from Matthew Rhys and Tom Hanks and plays as its own episode of “Mister Rogers’ Neighborhood” for its now adult audience. The trailer for the film may lead you to believe it is focused on Mr. Rogers, but in reality this sweet, endearing movie is about Rogers’ positive influence in the lives of so many people, despite generational and socio-economic divides.

Based on a true story, the “A Beautiful Day in the Neighborhood” tells the story of Lloyd Vogel (Matthew Rhys) a talented, yet cynical Esquire magazine reporter chosen to profile Fred Rogers for an upcoming issue focused on heroes. Lloyd is a pretty bitter guy and is upset that the magazine is assigning him what he considers a “puff piece,” vowing to find the real truth behind Mr. Rogers; he can’t be such a good guy all the time, right? Lloyd begins his own investigation to get to the heart of the real man behind the character of “Mr. Rogers.” But instead of finding out more about his subject, he takes an introspective journey of discovery that changes his relationship with himself and those closest to him.

This film is another TIFF-premiering shoe-in for awards season, and I wouldn’t be surprised if Tom Hanks is nominated for Best Supporting Actor at the Oscars this year. Hanks perfectly embodies Fred Rogers magnetic charisma in the film. Every time he appeared, I felt his kindness radiating from the screen; so much so, it made me emotional thinking that this is the kind of positivity and kindness we need in the world right now, which is what makes this movie so special.

Matthew Rhys is great in everything he does and I hope his incredibly multi-layered, emotional performance is recognized just as much as Hanks. His character’s pain was palpable and the main catalyst for many of the most energizing scenes throughout the film. We know Rhys has been good in so many projects, including “The Americans,” but this is one of my favorite performances to date.

It’s hard to create an original biopic these days, but I think Marielle Heller knocked this one out of the park with her idea to make the film centered around a feature-length episode of “Mister Rogers’ Neighborhood.” It’s this innovative way of telling the story that makes it even more emotional for audiences, bringing back nostalgic feelings of our own childhood watching Fred Rogers teach us life lessons… though this time it involves more punching and black eyes than I remember.

The uplifting, hopeful tone of “A Beautiful Day in the Neighborhood” will leave you with a smile on your face and (if possible) increased affection for the important lessons taught by Mr. Rogers, as well as the joy and humility with which he chose to live his life. We need Mr. Rogers now more than ever, and I think this movie proves exactly that.