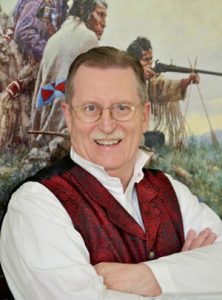 According to the information provided by freelance historian and independent researcher Carolyn A Keen, “Will Rogers was a respected writer and cowboy entertainer whose work embodied and demonstrated the traditions and values of the American cowboy. The award recognizes excellence in Western literature and media. The quality of each entry is judged based on content and artistic presentation. All works must represent an accurate reflection of Western Americana, or cowboy and ranch life, historical or contemporary. Historical accuracy is crucial where applicable. Books are judged on their literary quality as well as cover art. All visual arts will be judged based on their visual quality of the same criteria. The awards competition takes place annually, and the awards ceremony is held every fall in Fort Worth, Texas.”

She added, “Farmer combines 10-plus years of research into 19th-century southwest life with Southwest-living experience to fill his stories with a genuine sense of time and place.”

Further, he is a retired Ph.D. physicist, his scientific research has included measurement of atmospheric aerosols with laser-based instruments, and he has published a two-volume reference book on atmospheric effects on remote sensing.

He has also written short stories for anthologies and award-winning essays. His first novel, “Hombrecito’s War,” won a Western Writers of America Spur Finalist Award for Best First Novel in 2006 and was a New Mexico Book Award Finalist for Historical Fiction in 2007. His “Killer of Witches: The Life and Times of Yellow Boy, Mescalero Apache, Book 1,” published in 2015, won a fourth place Will Rogers Medallion Award, and was a New Mexico-Arizona Book Awards Finalist in 2016.

Since the WRMA, the writer has received other honors. During the gala awards banquet on Nov. 9 at the Tanoan Country Club in Albuquerque, New Mexico, Farmer was awarded the 2019 New Mexico-Arizona Book Award in Fiction-Adventure/Drama for “Knight of the Tiger: The Betrayals of Henry Fountain,” published by Gale-Cengage/Five Star.

“Mariana’s Knight: The Revenge of Henry Fountain” won the 2017 New Mexico-Arizona Book Award for Historical Fiction, and “Blood of the Devil, The Life and Times of Yellow Boy, Mescalero Apache, Book 2” was a finalist. These two novels also won 2018 Will Rogers Silver Medallion Awards.

“Apacheria” was also named one of the 20 best books on the southwest by the Pima County (Phoenix and surrounding area) Library System.

SMITHFIELD The Smithfield High School Choraliers Ensemble will take you on a trip back in time to the Colonial days... read more