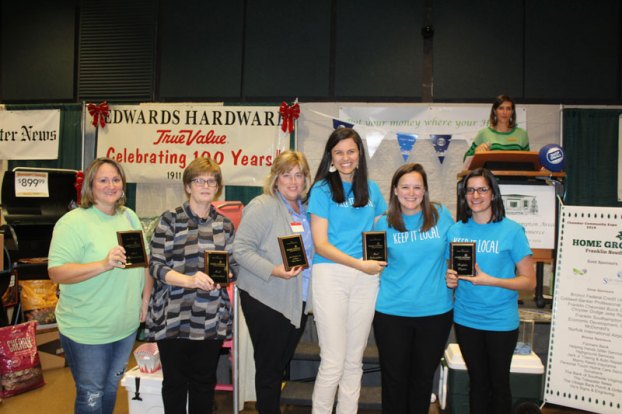 Fifty vendors — many of them major sponsors — participated in the Franklin-Southampton Chamber of Commerce’s 26th annual Business Expo, which took place on Thursday in the Regional Workforce Development Center at Camp Community College. At the close of the event, five awards were presented to businesses and organizations that attended the expo. From left, Most Informative went to the Virginia Peanut Company; Most Attractive Display was awarded to The Cat’s Meow; Most Creative went to Southampton Memorial Hospital; and the Franklin-Southampton Economic Development Inc. team won both Most Interactive and People’s Choice awards. 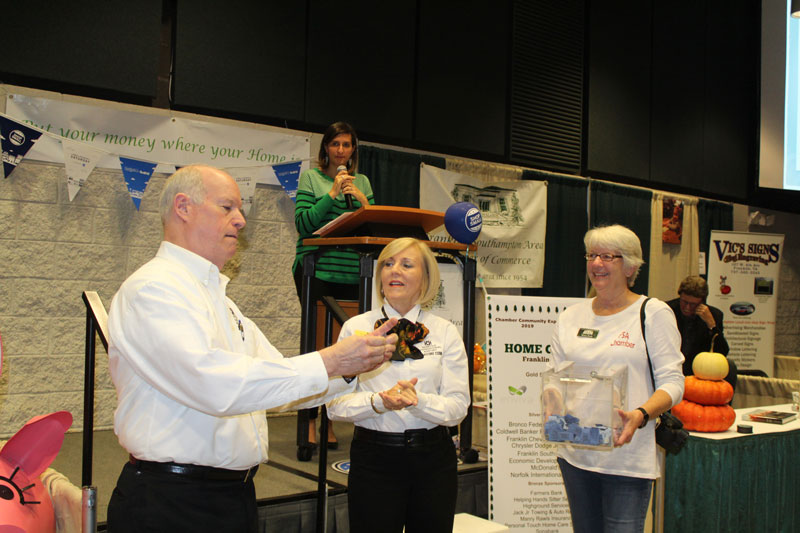 Charles Braden reads out the name of the winner of a $500 gift certificate that can be used for any airline within the Norfolk International Airport. Gracie Vargo’s ticket was picked. With him is fellow NIA representative Susan Sheaffer. Holding the box of tickets is Teresa Beale, executive director of the Franklin-Southampton Chamber of Commerce. At the podium is Holly Ledbetter, vice president of Chamber membership. Stephen H. Cowles | The Tidewater News

Register ASAP to participate FRANKLIN The Franklin Community Christmas Parade and Elf Parade are just around the corner, and registrations... read more