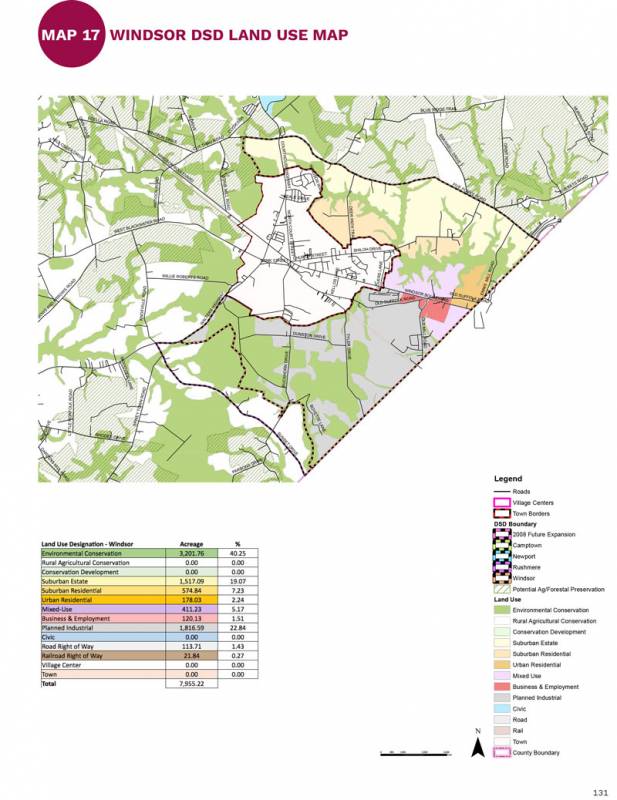 Isle of Wight County’s Planning Commission has scheduled a public hearing on a final draft of the county’s new comprehensive plan – titled “Envisioning the Isle” – for its Tuesday, Nov. 26 meeting. The meeting will begin at 6 p.m. in the boardroom of the Isle of Wight County administrative complex. Following the public hearing, the Planning Commission may choose to vote that evening on whether to recommend the draft to the county’s Board of Supervisors for final approval.

According to the planning report included with the agenda for that evening’s meeting, the Planning Commission’s public hearing is one of the final steps in the public input process that began roughly 2-1/2 years ago. A draft of “Envisioning the Isle” can be viewed at: http://www.co.isle-of-wight.va.us/plan/.

Among the more significant changes in the final draft of “Envisioning the Isle,” as compared to the 2008 comprehensive plan, is a substantial increase in the amount of land designated as environmental conservation on the new county-wide land use map. The draft plan states that of the eight land use scenarios presented to county residents during a series of public forums in January and February 2018 – which had asked residents, “Where and how should we grow?” – the environmental option had received the strongest support from residents.

The map also shows the possible creation of a Rushmere development service district, which would include more suburban residential development and more business and employment development.

“We aren’t referring to Rushmere as a DSD at this time, there still aren’t public utilities,” said Richard Rudnicki, Isle of Wight County’s assistant director of planning and zoning. “It’s just an idea which can support some higher use than currently identified. One of the follow-up actions is a corridor study to assess how the HRSD force main will impact development potential along Route 10.”

The possibility of attracting development to the county’s other village centers, such as Walters and Carrsville on the southern end of the county, will be examined in the future via individual studies, Rudnicki added.

“We focused on Rushmere because it has the most support for more development, the best current infrastructure and the most possibilities of future infrastructure,” Rudnicki said.

In the Windsor DSD, mixed use, urban residential and business and employment development are called for along the U.S. Route 460 corridor extending from the town’s eastern border to the county’s border with the city of Suffolk.

“The land use descriptions have been revised a bit and the Urban Residential and Civic land uses are new,” Rudnicki said. “They more accurately reflect some development already in the county and eliminate some confusion with zoning.”

According to the draft plan, the new land use map will be utilized to inform future land use and zoning decisions and to help shape county policy decisions. It will also serve as a guide for how the county is to spend money on capital projects such as transportation improvements and water/sewer infrastructure.

RICHMOND Tyler Del. Roslyn Tyler (D-75), who was re-elected on Nov. 5 to her eighth term to the Virginia House... read more