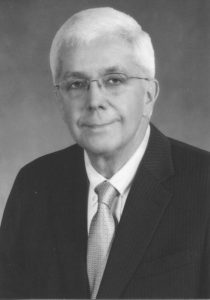 During its 241st annual Communication, the Grand Lodge of Virginia on Nov. 9 elected Douglas Vernon Jones of Glen Allen to serve as its 175th Grand Master for 2019-2020.

Jones was born in Richmond and graduated from Deep Creek High School, and later attended courses in the Kellogg School of Management at Northwestern University and the FBI Academy.

He began his professional career with the Federal Bureau of Investigation and had several professional support positions in field office operations at the FBI headquarters and the Colombia, Norfolk and Richmond divisions. Jones also had temporary assignments in Tampa, Florida; Jackson, Mississippi; and San Juan, Puerto Rico.

The new Grand Master has earned numerous awards and recognition before retiring in 2010 with 35 years of service. On retiring, Jones worked part-time at the Bennett Funeral Home from 2010-2015.

During Jones’ tenure, his emphasis will be: “Loyalty and kindness — a last impression.”