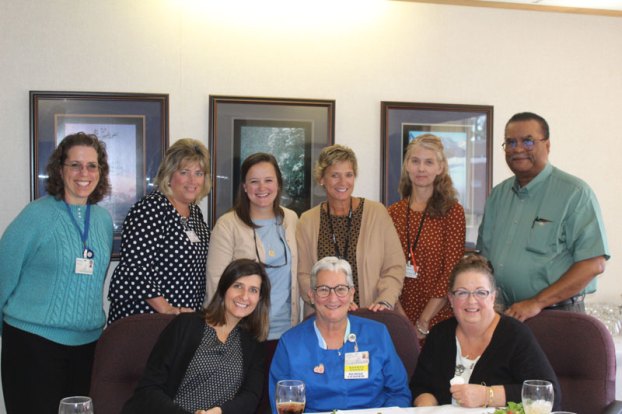 While hearing praise for one’s work is all well and good, it’s the critiques and criticisms that can lead to improved performance in any endeavor. With this in mind, said nutritionist and panel coordinator Dianne Vick, Southampton Memorial Hospital created a Patient Family Advocacy Counsel approximately a year ago.

The 10-member group is made up not just of administrators such as the CEO or office manager, but more necessary, former patients and their families. Alvin Trotman and Nancy Cruey are two examples of the latter. During a previous meeting, they shared their insights about their experiences.

Trotman, for example, talked about when he had to bring his mother to the emergency room a couple of years ago.

“It was eye-opening for me. I was unaware of the way the hospital operated. It was disheartening at first,” said Trotman. Further, he was disappointed at the time that his mother’s primary care physician was not contacted. Later, Trotman learned the necessity of that action: “A different [medical] opinion makes sense and doesn’t take away from how the needs are communicated. It was very educational for me. They have a very dedicated staff in the E.R.”

Sandy Edwards with Home Health Care, another panelist, gets patients’ families involved. She said there’s “a special connection” created by sharing details of how a hospital works. “It keeps communications open.”

This includes physicians and other staff learning to listen more closely to their patients.

“Communication is key,” said Laurie Ross, R.N., who oversees nursing operations. Reports on patients are done twice a day, including checking on such things as pain levels or other needs. The question to ask is “What else can be done to make things better? Safer?” Sometimes, she added, a compassionate act as simple as asking to sit with a patient or family member can go a long way.

If you are interested in becoming a future member of PFAC, contact Vick at either 569-6138 or dianne_vick@chs.net.

[Editor’s note: This version corrects a name, and adds names of the remaining members of PFAC.]

Fifty vendors — many of them major sponsors — participated in the Franklin-Southampton Chamber of Commerce’s 26th annual Business Expo,... read more