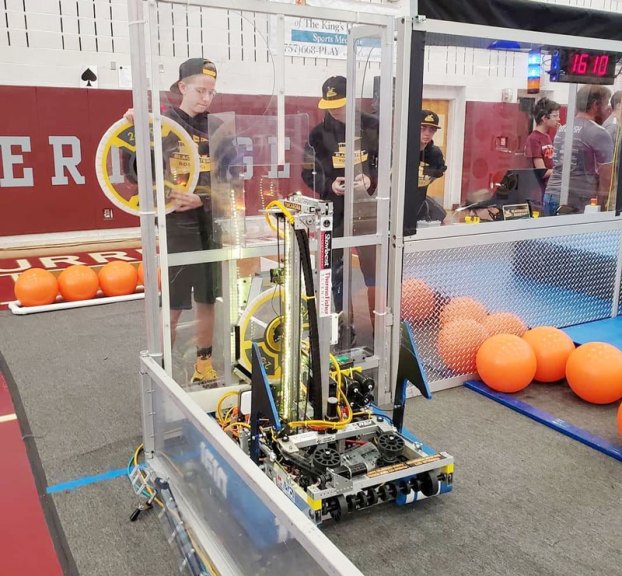 Blackwater Robotics compete in Rumble in the Roads 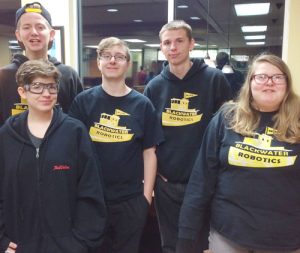 Blackwater Robotics – FIRST Robotics Team 1610 of Franklin High School competed in the Rumble in the Roads Competition on Nov. 2 at Heritage High School in Newport News. After the six qualification matches, the team was ranked fourth out of 30 teams with five wins and one tie.

In the elimination matches, the team was picked by Team 1599 – Circuitree of Atlee High School in Mechanicsville, and both teams picked Team 1915 – Firebird Robotics of McKinley Tech High School in Washington, D.C.

In the semifinals, the second-seeded alliance went up against the number three alliance composed of alliance captain Team 5546 – ART of Appomattox Regional Governor’s School in Petersburg; Team 540 – TALON 540 of Godwin High School in Henrico; and Team 5724 of Salem High School.

The Rumble in the Roads offseason event allows robotics teams to compete with each other using their current year robot and to allow interested students to see how a robotics competition operates, all while learning and using STEM (science, technology, engineering and math) skills. This event is co-hosted by Team 5957, Team 2363 – Triple Helix of Menchville High School in Newport News and Team 1610.

This competition wraps up a tremendous season for Blackwater Robotics, as this was the fifth competition for the team’s 2019 robot. The team had a total of 48 wins, 25 losses and three ties for 2019.

Pictured above: Carrsville Elementary students and faculty gather for a group photo after they helped on Tuesday afternoon to fill... read more