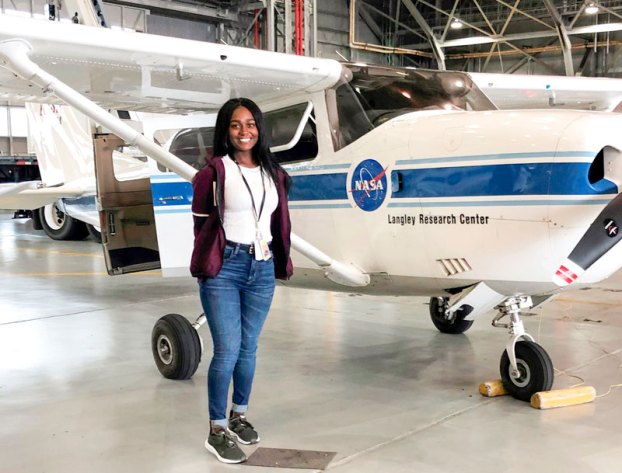 Nyjah Silver with one of the airplanes during a tour of the hangar at NASA. Submitted | Nyjah Silver

“NASA was great,” she said. “I had so much fun. I learned a whole lot and met many new people.”

The Carrollton resident was assigned to serve as one of the two software engineers on the Gold Team, which would eventually be known as Golden Hope.

“There were 40 scholars split into four teams of 10 and each person had a role,” she explained. “Each team had to design, build and program rovers using Lego Mindstorms EV3 kits. We participated in two competitions, both which consisted of rock/buggy retrieval and mineral identification missions.”

The computer science major and her team also had to create a company name and market the brand, a task that fell to the marketing/social media manager. The financial manager reported on what was spent to get the design and functionality of the rover up to speed.

“All of this and more information, including our company pitch, was part of our final presentation at the end of the week,” she said. Each team worked under a mentor, but Golden Hope had two.”

“During the first competition we did pretty well considering the issues we had with some of the components of the rover,” said Silver. “By the second competition, we had worked out those kinks and had our rover functioning almost flawlessly.”

In addition to the hands-on project, the scholars were able to tour various areas on site and were able to witness a drop test at the gantry, which is performed to test in-flight features of experimental aircraft or spacecraft by raising it to a certain height and then dropping it. 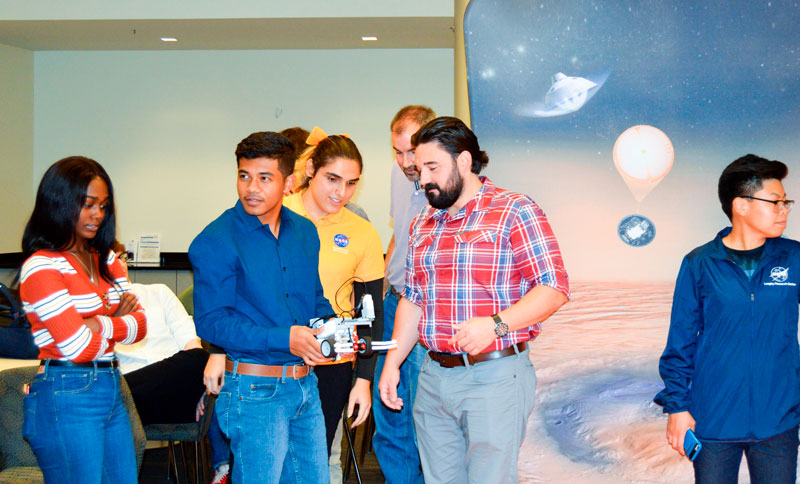 The Gold Team, or Golden Hope, with Nyjah Silver on left, during the first rover competition. Submitted | Nyjah Silver

“I thought that was pretty cool,” Silver said.

A student of Camp Associate Professor of Information Systems Technology Bob Tureman, Silver has taken advantage of dual enrollment courses and is among the first group at the college to be inducted into The National Society of Leadership and Success.

“Nyjah is a hard worker and possesses a wealth of technical ability,” said Tureman. “We are excited to have had her represent the college at NASA.”

Silver has plans to pursue her education after completing her associate’s degree at Camp and will transfer to a four-year university to study computer and aerospace engineering. She also wants to earn a Ph.D.

“It has been my goal to actually work at NASA one day as a computer and/or aerospace engineer,” she said. “I’ve updated my resume and I am ready to apply for a NASA internship.”

The NCAS gives community college STEM students a real NASA experience and encourages them to continue their education, whether it be to complete an associate’s degree or transfer to a four-year university to pursue a NASA related field or career. For more information about the NCAS, visit go.nasa.gov/ncas.