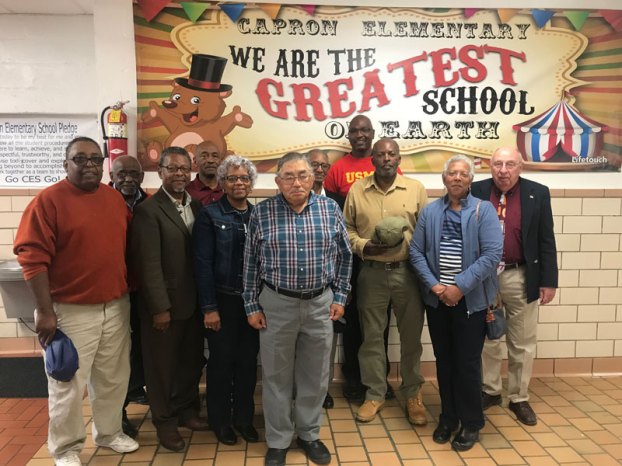 Each veteran was served by a student, who accompanied him or her at lunch. Fourth grade student Jenny Davis also entertained the veterans with her rendition of “God Bless America.” The veterans were also given handmade “thank you” notes from Capron’s first grade students, as well as special Veterans Day poems.

Veterans Day is a federal holiday in the U.S., observed annually on Nov. 11, for honoring military veterans. This day is the anniversary of the signing of the armistice that ended the World War I hostilities between the Allied nations and Germany in 1918.

Camp program participants give back to community

By Wendy Harrison FRANKLIN Iola Lamison displays a handmade hat and scarf set that will be donated to cancer patients.... read more