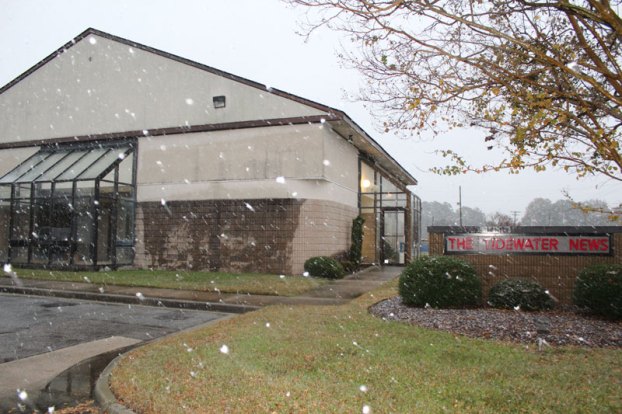 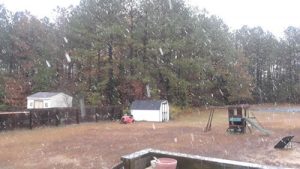 Demetrious Mathews of Capron got this photo of the snow coming down in his backyard.

Tuesday morning’s forecasts had called for rain, so many in Western Tidewater were likely surprised that afternoon to see the first flurries of the season falling. As of shortly after 4 p.m. Tuesday, the snowfall had increased, but still wasn’t sticking to roads or sidewalks.

According to the 4:45 p.m. forecast National Weather Service forecast for Franklin, there is a 30-percent chance that snow will continue to fall overnight into Wednesday, with temperatures remaining between 35 and 25 degrees. Little to no snow accumulation is expected. Wednesday is expected to be sunny with a high near 40 degrees and a low around 24 degrees.