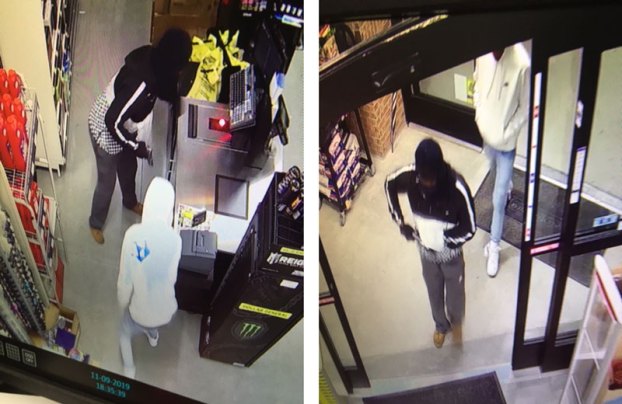 Security camera still images from the Dollar General show two suspects, both masked, one of which was visibly armed. Submitted | Maj. Gene Drewery

According to Maj. Gene Drewery, spokesman for the Sheriff’s Office, the county’s communications center received a report at approximately 6:41 p.m. on Nov. 9 of an attempted armed robbery at the Dollar General store, located in the 17000 block of Southampton Parkway. Deputies arrived within five minutes of the call and a Sheriff’s Office K-9 team tracked away from the store to a location where the suspects were either picked up or drove away.

Anyone with information on this attempted robbery is asked to contact Detective S. White at 653-2100 or the Southampton County Crime Line at 653-2900.