Second Lieutenant Harold Smith Atkinson — son of Mr. and Mrs. Seith Atkinson, husband of Mary Ellen Wade Atkinson, and father of young son Harold S. Atkinson Jr., all of Franklin — has been awarded the U.S. Army’s “Bronze Star” for meritorious service in connection with military operations against Japanese soldiers in combat on Guam, in the Mariana Islands, from July 23 to Aug. 12, 1944. 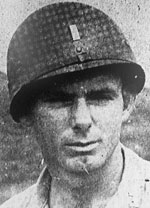 Lt. Atkinson, 25, and leader of a platoon of combat engineers, planned and directed the placement of demolition charges at the mouth of huge caves, on Guam, where a great number of Japanese soldiers had fled, seeking safety. Several determined efforts by the Japs to escape being sealed in the caves were frustrated by intense small arms fire coming from Lt. Atkinson’s platoon. As a last resort, the enemy soldiers started to throw grenades from their future tomb; but, Lt. Atkinson’s platoon prevailed. The caves were sealed.

The citation accompanying the award said:

“Lieutenant Atkinson displayed marked leadership and initiative during the entire operation as a Combat Team Engineer Platoon Commander. His tireless efforts in supplying the entire 306th Combat Team with water during the final stages of the Battle of Guam was a very important achievement and successfully accomplished under great difficulties. The successful sealing and, later, reopening of several caves in the Yigo sector, at times under enemy fire, was accomplished very skillfully under his personal direction. His devotion to duty was an inspiration to his platoon, and to other units of the combat team.”

Back in October, as reported in The Tidewater News — following receipt of a U.S. Army press release — Lt. Atkinson was awarded the “Purple Heart” for wounds he received during the operation described in the preceding account. On the last day of the operation, Aug. 12, while Lt. Atkinson was sealing off one of the caves, a Japanese soldier had thrown a grenade at the platoon. A piece of flying steel struck Lt. Atkinson while he and his men were sealing off the caves.

Soon after his induction into the U.S. Army on July 17, 1942, Lt. Atkinson was assigned to the Engineering Recruit Training Center at Fort Belvoir, Virginia. He finished basic training there and was retained there and made a part of the enlisted cadre. In September of 1943, Lt. Atkinson was appointed to Officer Candidate School (O.C.S.) from which he graduated in January of 1944 and was commissioned a 2nd Lieutenant in the U.S. Army Corps of Engineers. Immediately, he was assigned to the 302nd Engineer Combat Battalion, a unit of the 77th Infantry Division, stationed at Camp Pickett, Virginia. In May of 1944, Lt. Atkinson was deployed for duty in the Pacific Theater of the War. 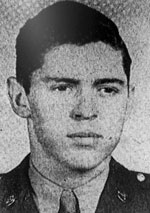 Educated in Franklin schools, Atkinson attended Franklin High School where he was a three-letter man, excelling in baseball. Before his induction into the Army, he was employed by the J.C. Shearin Engineering Company. 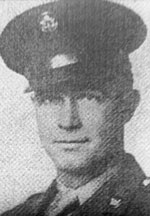 The death of Staff Sergeant Joe Darden Wiggins, son of Mr. and Mrs. I.Q. Wiggins of the Forks of the River community, was reported to this newspaper earlier this week. An official death notice was received last week from the United States War Department by his wife, Mrs. Edna Brandt Wiggins of Minneapolis, Minnesota, and Huntsville, Alabama. Besides his wife and parents, he is survived by a brother John B. “Jack” Wiggins of the Franklin community, and two small nephews, Jackie and Joe Nye Wiggins.

Sgt. Wiggins was assigned to the 80th Division, 305th Combat Engineering Battalion, a unit of General George Patton’s United States Third Army; and, prior to his death during combat operations in France, had participated in several other major battles.

By Scott Baker A friend of mine has just recently gone through a break-up. Not with a romantic partner, but... read more