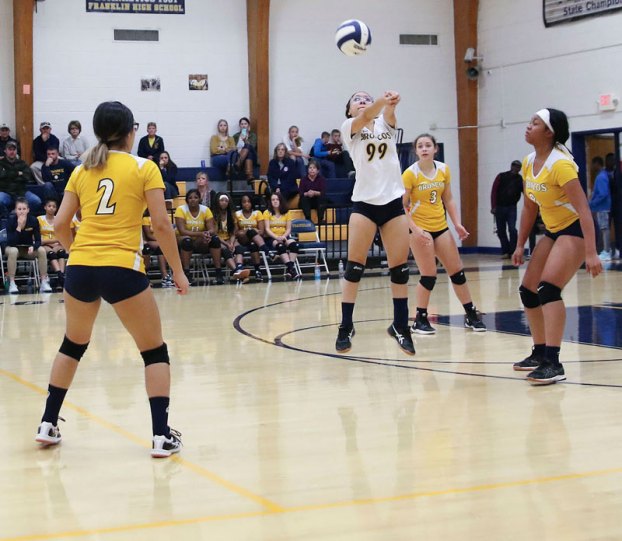 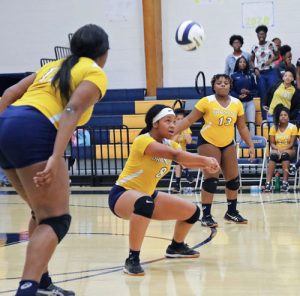 Katelyn Lawson eyes the ball for the return as other Lady Broncos are ready to move the ball over the net. — Frank A. Davis

The Franklin High School Girls Volleyball team went down 3-0 in the Region B semifinals on Monday to the Raiders of Rappahannock County. After losing game one, 25-13, and game two, 25-14, the team made a stronger run in game three, but could not endure to gain a win.

The Lady Broncos were able to close the score to 19-all before the Lady Raiders pulled ahead to seal the win.

Head coach Shawn Denne said after the game, “I think that we had a great season and finished 17-6, but ran into a good, well-rounded team tonight and just couldn’t hang with them. We couldn’t get the serves in for whatever reason.

“But we played hard, that’s all that you can ask to do. We played our heart out and that is what we did, and the one thing that I tell my team that at the end of the season only one team finishes with a win and that is the state champion. I know they are disappointed tonight, but they should walk around with their heads high because they had a great season.”