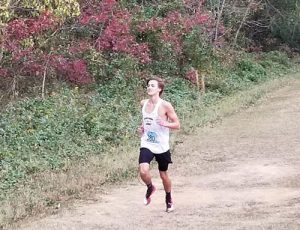 Hooker, a senior at IWA, was the fourth-place finisher with a time of 20:03.5 at the Division II championships, held at Pole Green Park. IWA freshman Hannah Edwards was 15th with a time of 21:09.8.

In the Division II girls team scores, Isle of Wight Academy finished in fifth place out of 28 schools fielding teams.

Among boys finishers, Jack Powell crossed the finish line sixth with a time of 16:55.2. Of 34 teams running in the Division II boys competition, Isle of Wight Academy finished seventh. 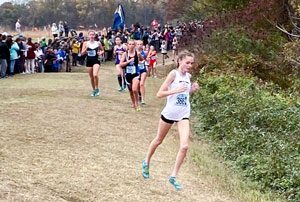 The trio was voted among the conference’s top players in a poll of coaches.

Darden, an offensive lineman, also made the team’s defensive squad for his work on the other side of the ball. Bristol, a tight end, was also lauded for his work at linebacker.

Indians move closer to playoffs with win over Dragons