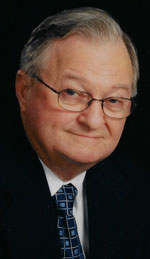 In early years, and later at various times, he worked as a truck driver with companies such as Estes, Spivey Trucking, and Carolina Norfolk Trucklines. Most of his working career was spent at Union Camp Corp., where he retired after 30 years, and then after retiring he worked night security at Lewis Lumber Co. in Gatesville. A member of Eure Baptist Church, after his second marriage he attended Hunterdale Baptist Church, and was a former member of the Hall Ruritan Club.

In addition to his parents, he was preceded in death by his first wife, Rita Love Harrell Eure.

The funeral will be on Wednesday at 2 p.m. in Hunterdale Baptist Church and will be conducted by the Rev. Howard Vinson. Burial will follow in the Eure Baptist Church Cemetery. Friends may join the family on Tuesday from 7 to 8 p.m. in Miller Funeral Home, 304 Main St., Gatesville, or in the social hall of Eure Baptist Church following the graveside portion of the service, or all other times at the residence.

Online condolences may be made by visiting www.millerfhc.com.