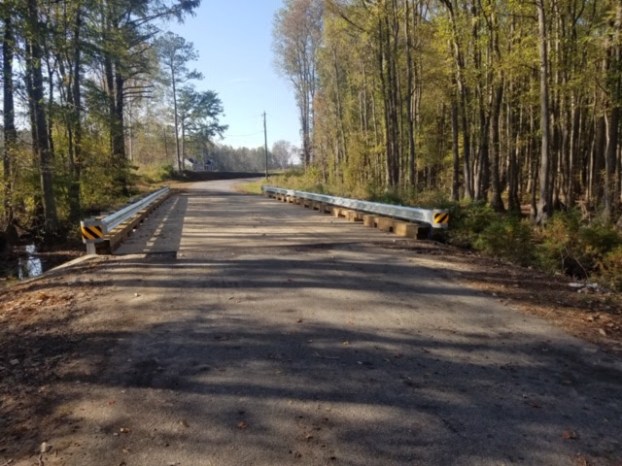 One month ahead of schedule, crews with the Virginia Department of Transportation have completed improvements on a Southampton County bridge, reopening the road to traffic on Nov. 5.

Route 667/Sykes Farm Road was closed to through traffic in mid-October between Route 666/Old Branchville Road and Route 665/White Meadow Road. According to VDOT spokeswoman Jordan-Ashley Walker, favorable weather and working conditions helped crews complete the project, which was originally scheduled for completion in mid-December, one month early.

The project replaced the bridge’s superstructure, a key component that helps to support the bridge deck. By replacing this part of the 47-year-old bridge, she said, VDOT has extended its lifespan.