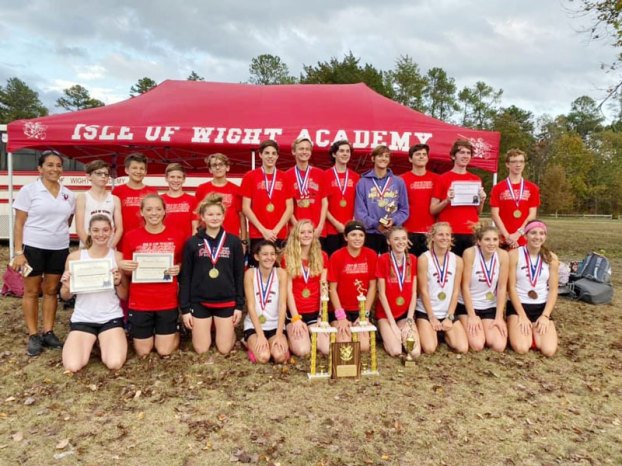 Members of the IWA Cross Country Team after their win at the Virginia Commonwealth Conference Meet on Oct. 24. -- Submitted Wendy Hooker 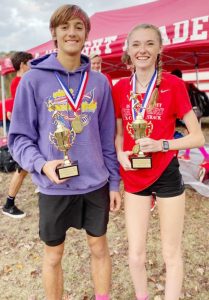 The Chargers captured both the boys and girls team top titles at the Metro Conference Championships Oct. 28 at Windsor Castle Park.

Castillo also was named Metro coach of the year.

The IWA football team was denied a berth in the VISAA Division II Tournament Sunday, when pairings were announced.

The Chargers had been defeated by Christchurch and Atlantic Shores, which made the field ahead of IWA. No. 4 Shores travels to No. 1-seeded North Cross this weekend for first-round play. The No. 3 seed Seahorses travel to No. 2 Blue Ridge School for their opener. The two winners will play next week for the Division II title.

In Division II, Portsmouth Christian and Fuqua also qualified for that tournament. Those teams are the only four to best the 5-4 Chargers this season.