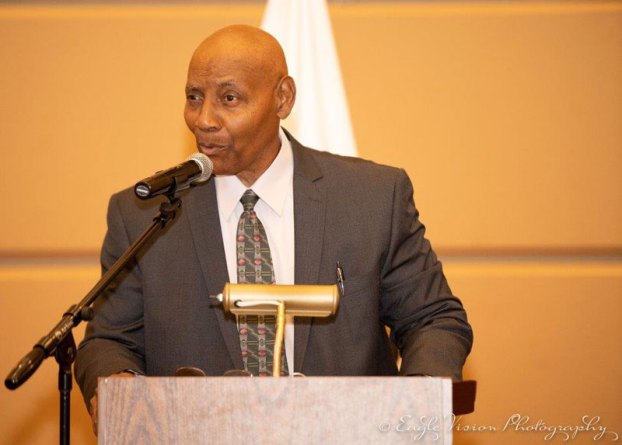 The Rev. Johnnie Worrell, pastor of Grace Commission Outreach Baptist Church in Franklin, provided the commencement address for the 2019 graduation ceremonies for the Gwaltney School at Jackson-Feild Behavioral Health Services.

Worrell is a retired New York City police officer. He is active and is a positive influence in the Franklin community. He has a long history of helping youth serving as a mentor and role model. He has provided spiritual advice and life skills for teens. His message focuses on life choices and their consequences was well received by the graduates, students and attendees.

Eight students from the Edna Hayden Gwaltney School at Jackson-Feild received either their high school diploma or GED certificate on June 7.

Johnnie McKeller of Franklin, director of education, presided over the ceremony, which was held in the Golden Leaf Commons at the Southside Virginia Community College Emporia Campus. 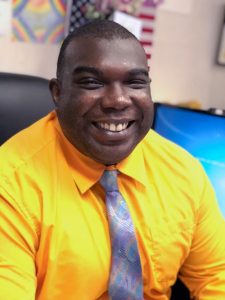 Seven scholarships and two book awards were given to students to help with college, nursing school, or trade school expenses. The funds for these scholarships were donated by loyal supporters of Jackson-Feild.

One graduate spoke about her experience at Jackson-Feild and at the Gwaltney School. She expressed thanks for the help and assistance she received while in treatment and shared her plans to attend nursing school in the fall.

Each graduate was presented with a class ring given by an anonymous donor. Young ladies were given a dozen roses, and young men a wallet. In addition, cash gifts were given from two anonymous donors and the Episcopal Church Women of the Diocese of Southern Virginia.

Since its opening in 1994, 185 students have graduated from the Gwaltney School.

TOD BALSBAUGH is a spokesman for Jackson-Feild Behavioral Health Services. He can be reached at 804-354-6929 or tbalsbaugh@jacksonfeild.org.