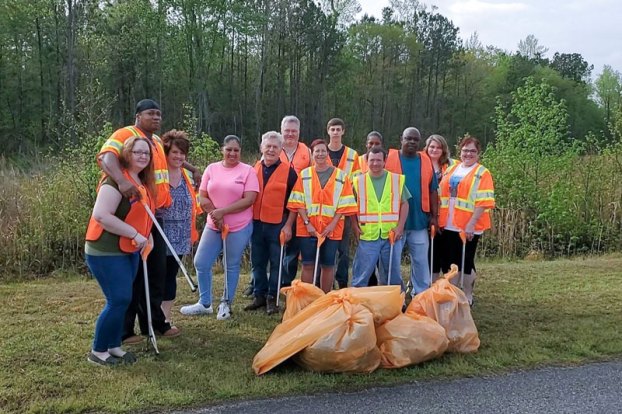 From Feridies, 21 volunteers worked a total of 42 hours and filled 18 bags of trash. Submitted | Anne Parker 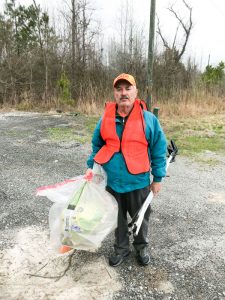 The Franklin Garden Club and the Historic Southside Chapter of the Virginia Master Naturalists are pleased to report that their efforts for the March, April, May Clean Rivers Month have been a resounding success. Over 207 people volunteered their time to ensure that the community in which we live and work remains as pristine as possible. We are extremely fortunate to be surrounded by beautiful waterways and scenic views. The volunteer hours put forth by these groups help maintain the beauty and health of the rivers and our community.

There were 421 bags of trash collected plus 14 tires, five paint cans, five metal buckets, a car bumper, part of a camper, a television, several pieces of metal and two flags on a pole. This trash was collected from the Blackwater and Nottoway rivers, roadside ditches and other areas that feed the rivers. There were 518 total volunteer hours.

Groups that participated include:

We are aware that they were others who participated in Clean Rivers Month, but these were the groups that were registered. It is not too late to participate in Clean Rivers Month. If you would like to contribute to the health of the Blackwater and Nottoway watershed community in which we live, please contact Dick Gilbert rbgilbert@gmail.com or Anne Parker annegbparker@gmail.com. We have litter getters, vest and bags for those who need them.

The sponsors of this event, the Franklin Garden Club and the Historic Southside Chapter of the Virginia Master Naturalist, appreciate all the work done by these volunteers and look forward to another successful cleanup in the future.