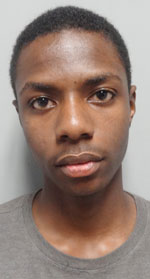 During the bond hearing, Phillips’ attorney, George Bruch of the law firm Randall Page, acknowledged that the Southampton County Sheriff’s Office had discovered an unknown substance in his client’s possession when they arrested him on June 12, but argued that law enforcement had not completed any testing on this substance, nor on the allegedly drug-laced candy distributed to SHS students, to see if either contained any illegal drugs. Bruch also argued that his client had no prior criminal history, that Phillips’ father was in the U.S. Navy and that Phillips was employed at a towing company.

Commonwealth’s Attorney Eric Cooke, on the other hand, argued against Phillips being granted bond, and proceeded to describe to the judge the symptoms of the eight students who were hospitalized after consuming the candies. These symptoms, Cooke said, included high heart rate, nausea and dizziness. Cooke then claimed that there were witnesses who could identify Phillips as the source of the candy distributed at SHS, and that one witness from Suffolk had observed Phillips stashing a backpack believed to have contained drugs.

Following Judge Councill’s ruling in favor of bond being granted, Cooke stated that the Commonwealth would be appealing this decision, and requested a stay (delay) in Phillips’ being allowed to post bond, pending the outcome of said appeal. The judge, however, denied Cooke’s request for a stay.

Bruch, speaking to The Tidewater News after the hearing, explained that a surety bond means his client will have to pay the aforementioned amount before he would be allowed out on bail. This is as opposed to an unsecured bond, where the accused need only to sign paperwork in order to be released.

Asked if Phillips would be able to pay the $10,000, Bruch said, “More than likely, he will be able to pay.” However, he did not know exactly when his client would be released.

Phillips’ next court appearance is currently scheduled for Sept. 17. This will be a hearing to determine whether the Commonwealth has sufficient evidence for the case to proceed to trial in Southampton County’s Circuit Court.

City again without nominees for Ward 5 School Board seat

FRANKLIN Franklin’s City Council is once again without a nominee for the Ward 5 city School Board seat. The Council... read more