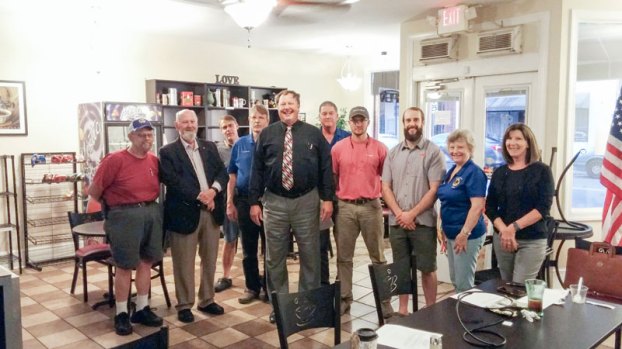 The June meeting of Boykins Lions Club marked the end of the two-year tenure of Lion Linda Beatty as its president — the first female to serve that office in its 72-year history.

Lion Marc VanEck, the zone chairman, was a guest and spoke to the club about upcoming events.

The members discussed their upcoming fundraiser, the annual Steak Feast at Draper’s Pond, which will be on Wednesday, Sept. 4, from 4:30 til 7 p.m. Tickets were distributed to members to begin selling.