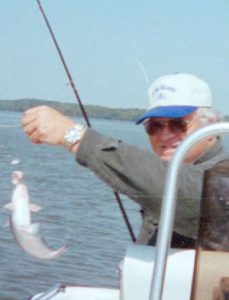 He was an Army veteran and a retired crane operator in the woodyard for International Paper.

After his retirement he ran the dumpsite on Monroe Road for Southampton County.

Johnny was a member of Franklin Hunt Club and Southampton Coon Hunter’s Club.

He was a member of Calvary Baptist Church.

The funeral will be at 11 a.m. on Wednesday, June 12, in Wright Funeral Home with the Rev. Kenneth Williams officiating. Burial with military honors will follow in Southampton Memorial Park.

The family will receive friends from 6 to 8 p.m. on Tuesday in the funeral home, and suggests that memorial donations be made to the National Pancreatic Cancer Foundation, P.O. Box 1848, Longmont, CO 80502.