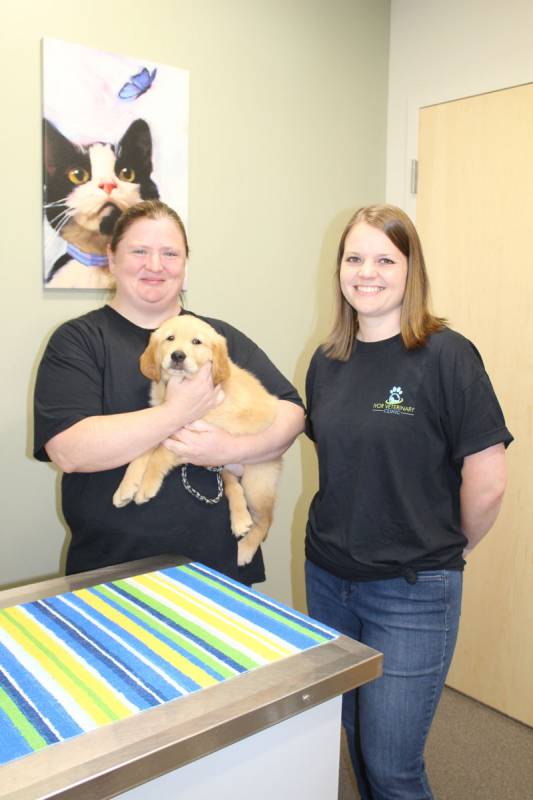 Dr. Alicia Gerald has moved her Ivor Veterinary Clinic to a larger location in the small town, citing “much needed” additional space.

“We were actually being overrun with patients,” Gerald said. “This was the only option we had.” 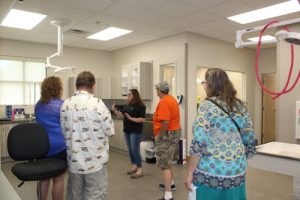 The business has moved from Main Street to a new building on Route 460, just past the stoplight toward Suffolk.

“Everything will be better,” she added. “In addition to modern equipment, we have double the space, and off-street parking, which was another problem at our old office.”

Gerald is proud of the huge parking area surrounding the metal frame building. Previously, people would sometimes have to park over in the fire department lot.

The young doctor had been looking for larger quarters for a while. When it was found that she was able to purchase the lot on the highway, Gerald decided to build her own clinic.

“I’m very pleased with the outcome,” she said. “We have everything we need — it’s going to be just right.”

She noted that the 4,000-square-foot building is twice the size of her previous quarters, with five exam rooms, an operating room, intensive care room, an office, central treatment area, grooming room and a break area, to name a few.

The South Dakota native moved to Virginia after having served two years in the Navy. Stationed in Norfolk, she attended Old Dominion University and then earned her veterinarian’s degree at Virginia Tech.

“That was in 2011,” she said. “My first job was here with veterinarian Dr. John Bensenhaver that same year, and when he retired in 2013, I bought this business.”

There are also three new employees in anticipation of an increased patient load.

The clinic treats only small animals such as dogs and cats.

“We will operate the same as we have previously,” Gerald said. “But we’re just not equipped to treat horses or animals of that size.”

Hours at the new clinic will be 8 to 6 p.m. Monday through Thursday and 8 to 5 p.m. on Friday. On the first and third Saturday of each month, hours are 8 to noon.

The ribbon-cutting ceremony and open house took place on Saturday.

Downtown Franklin to be featured on TV show

By Lauren Sloan FRANKLIN Set your DVRs, cancel your dinner plans: Your community is about to take center (television) stage!... read more