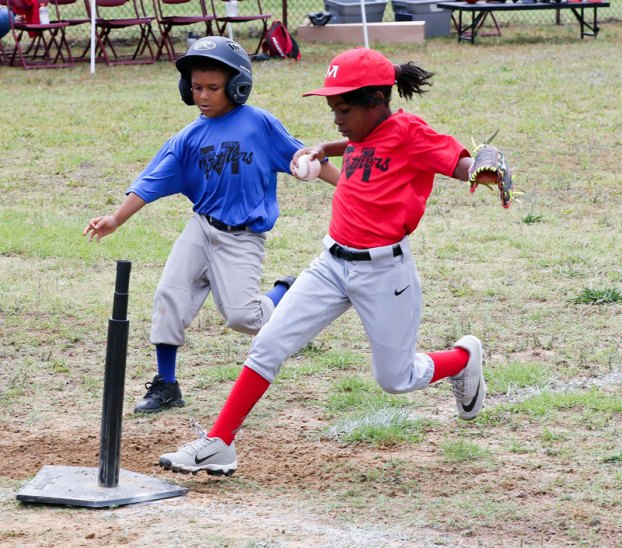 A Red team player tags home plate to put out a Royal Blue base runner. Submitted | Frank A. Davis 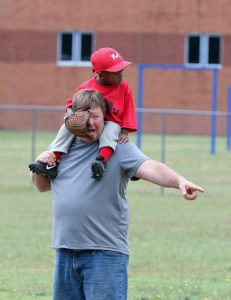 The Red team coach directs play while one eye is covered by a player’s glove. Submitted | Frank A. Davis

The severe weather on Friday resulted in a non-playable baseball field at Armory Drive Recreational Park. Therefore, league officials quickly made preparation and playoff games for the Franklin youth league were moved to the Hayden field on Oak Street.

The 10 a.m., opening T-Ball game featured the Purple vs. Maroon team game, followed by the Royal Blue vs the Red team game.

For these playoff games no official score was kept and all teams were declared winners. After the games were played the players were awarded with trophies and pizza at the Dr. Martin Luther King Jr. Community Center.

The youth baseball league was sponsored by the Down the Middle Foundation and the Franklin Department of Parks & Recreation.