SUFFOLK
Western Tidewater is mourning the loss of one of its own who was a statesman, environmentalist, artist, family man and First Citizen, all in one. 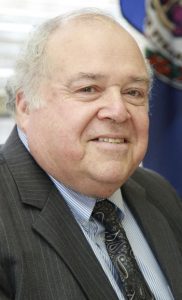 Former state Sen. Fred MacDonald Quayle died on Saturday, Nov. 24, in Sentara Obici Hospital at age 82 after a short illness. The Suffolk native had served in the 13th Senatorial District of Virginia from 1992 to 2012. This included parts of Franklin, Southampton County and Isle of Wight County.

Quayle was a member of the Virginia State Bar and a former member of the Norfolk-Portsmouth Bar Association. He was appointed divorce commissioner by the Chesapeake Circuit Court, arbitrating matters of divorce, child custody and marital asset distribution.

He was appointed to the Virginia Parole Board and served from 2012 to 2014.

“Throughout his 20 years of service in the Senate of Virginia, Fred Quayle demonstrated his dedication to the people he served, his beloved Suffolk, and the Commonwealth,” Senate Majority Leader Thomas K. Norment Jr. stated in a Monday press release. “He put his devotion to the law and to education to good use in the Senate, demonstrating a quiet effectiveness that distinguished his service.”

Born in Suffolk on Feb. 16, 1936, to the late Harold and Bernyce MacDonald Quayle, his service in government began at a young age. The Eagle Scout was elected president of student government at Suffolk High School, where he graduated in 1954.

According to memoirs that he had written, one piece of “legislation” stood out in his memory. During his sophomore year at Suffolk High School, he and William Kilby, a neighborhood friend and fellow representative, jointly introduced a measure that limited the school’s cheerleading roster to six girls and two boys.

“At that time there were about 15 cheerleaders, all girls, and we thought it looked silly to have that many spread up and down the field during football games,” Quayle wrote.

Their legislation passed, but no boys ended up trying out for the cheering squad that spring. At first.

“Since William and I had championed the bill that limited the number of cheerleaders, we were coerced into trying out for the squad,” he wrote, and they ended up cheering that school year.

He later graduated from University of Virginia with a Bachelor of Arts in economics in 1959. He was an Army Reserve veteran when he was elected to the Senate of Virginia as a Republican in 1991. In 2007, he defeated Democratic candidate Steve Heretick by a nearly 18-percent margin.

But Quayle was by no means hyper-partisan. He was instead a centrist who fought for progress in the middle ground between both parties, colleagues said.

“Some of the only times Fred really got upset politically was with the far side, the right wing of his own party,” said Jim Bailey, who was his campaign manager in 2007. “He looked for opportunities to work with Democrats. You just don’t see that in the General Assembly like when Fred was there.”

He sat on numerous committees and was chair of the Local Government committee for seven years. During his time in the Senate, he was selected as National Legislator of the Year by the National Child Support Enforcement Association for legislation he sponsored to improve child support determination and collection.

Bailey described Quayle as a hands-on politician while they were on the campaign trail together. He wanted to represent everybody, whether that meant knocking on doors, going to events or stopping at every country store on Route 10 to shake hands and hear people’s concerns, Bailey said.

“He was really active and a great person to work with,” Bailey said.

His extensive activities and accomplishments echoed his passions. The Chesapeake Bay Foundation twice named him Virginia Legislator of the Year for authoring the “Friend of the Chesapeake” license plate, which has raised millions of dollars in donations for Chesapeake Bay cleanups and education.

He received a 1998 Lighthouse Award from the Elizabeth River Project and the Chesapeake Mayor’s Environmental Stewardship Award in 2006.

He was a charter board member of the Hoffler Creek Wildlife Refuge and a member of the Suffolk Rotary Club, where he was a Paul Harris Fellow.

The Suffolk and North Suffolk Rotary clubs selected him to be the First Citizen of Suffolk for 2011, which is awarded to an outstanding individual who best exemplifies citizenship through a combination of leadership, talent and effort.

“We all feel that he was a renaissance man,” said his son, Tim Quayle. “He just had so many different kinds of personal, recreational and civic pursuits.”

His recreational activities extended into Chesapeake Bay waters and beyond. Quayle loved sailing and enjoyed numerous, bareboat sailing vacations in the British Virgin Islands with Brenda, his wife of 41 years. He even made one deep-water voyage from Norfolk to Newport, R.I.

His son said he was an artist and a maker with the same hands-on enthusiasm that served him so well as a legislator.

He enjoyed all sorts of woodworking, whether it was building furniture and toys for his children and grandchildren or carving duck decoys. He built six homes over the years as a general contractor, including a beach vacation home in Sandbridge.

“In addition to holding down a full-time job in the Senate and raising four children, it’s remarkable how much he was able to squeeze in,” Tim Quayle said.

ALEX PERRY is a staff writer at The Suffolk News-Herald. Contact him at alex.perry@suffolknewsherald.com.