The Texas Tenors to bring country flavor to Christmas 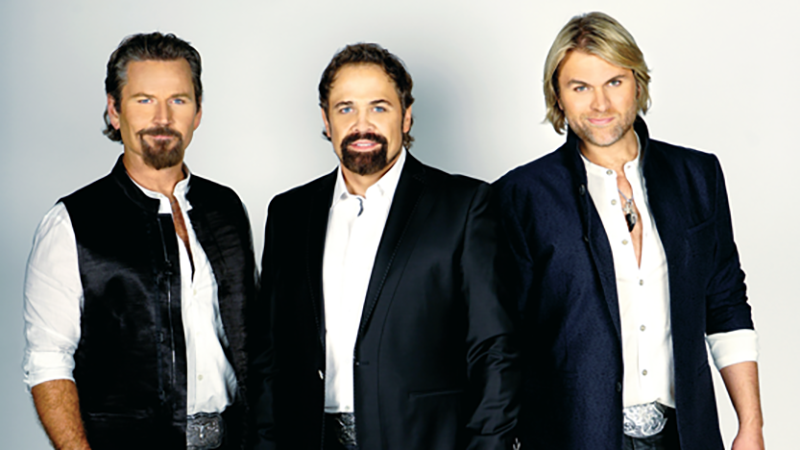 “Deep in the Heart of Christmas” will be the seasonal theme when The Texas Tenors perform on Sunday, Dec. 2, at 7:30 p.m. in the Southampton High School auditorium. -- Courtesy | Texas Tenors

COURTLAND
If you like your Christmas to be a little country, then the Franklin-Southampton Concert Association has just the ticket for you. The Texas Tenors will perform on Sunday, Dec. 2, at 7:30 p.m. in the Southampton High School auditorium.

Marcus Collins, John Hagen and J.C. Fischer will take audience members “Deep in the Heart of Christmas” at this upcoming show, and will include not only holiday favorites such as “Joy to the World” and “O Holy Night,” but also secular songs such as Bootdaddy” and “You’ve Lost That Lovin’ Feelin’” by the legendary Righteous Brothers.”

Collins, referred to as “The Contemporary Tenor,” started singing as a child. That interest in music carried through to college, where he was classically trained. In addition to having performed on Broadway, Collins has appeared as an actor in the daytime TV drama “One Life to Live,” as well as commercials, more TV (“Sex and The City”) and movies (“Across the Universe.”)

Hagen, aka “The Tenor,” is as familiar with Broadway (Billy Bigelow in “Carousel”) as he is with music by the late John Denver (“Take Me Home, Country Roads.”) Nor is he a stranger to opera and other classical works.

Fisher is “The Romantic Tenor,” who enjoyed singing in his church, and went on to earn a bachelor’s degree in music. Like Hagen, he’s performed opera (Tamino in “The Magic Flute”) as well as contemporary music.

The Texas Tenors might also be best remembered when they debuted nine years ago on “America’s Got Talent.” The trio has also won coveted Emmy Awards for their PBS special “You Should Dream.”

In addition to touring, they have also recorded on CD and DVD. Their new album, “RISE” was released on Sept. 8, 2017, and debuted at No. 1 on the Billboard Classical Chart.

There will be reserve seating for this show, so come early to get your favorite place.

Tickets will be available at the door are $30 per adult; $10 for student. Regular membership for each adult is only $50. For details, contact Bill Vick at 653-2892, or visit franklinsouthamptonconcerts.org for more information.