The Virginia State Police thank all who helped in finding a wanted suspect, Evonne Shanae Brinkley.

Soon after this information was released to the public and media, Brinkley reportedly contacted the VSP to turn herself to the authorities. She met with troopers at the Portsmouth City Jail, where she was arrested and taken before the magistrate. Brinkley received a $20,000 bond. 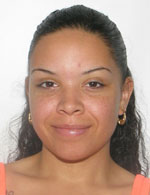 Evonne Shanae Brinkley is wanted by the Virginia State Police in regard to a motor vehicle accident that took place on Oct. 28 on I-264 in Portsmouth.

According to VSP spokeswoman Sgt. Michelle Anaya, during the early morning hours of Oct. 28, Brinkley allegedly drove a 2012 Chevrolet Equinox onto Interstate 264 in the wrong direction, traveling westbound in the eastbound lanes, when she struck a 2003 Toyota Tacoma head on, killing her front seat passenger, Cecilia R. Wells. Brinkley was taken to Sentara Norfolk General with non-life threatening injuries and charged with driving under the influence.

The case was brought before the Commonwealth Attorney and additional charges were placed. Troopers had been attempting to locate Brinkley to no avail, and sought the public’s help for her arrest.

Brinkley was wanted for the following: maiming, involuntary manslaughter, failure to obey highway sign and driving the wrong way on a one-way street.