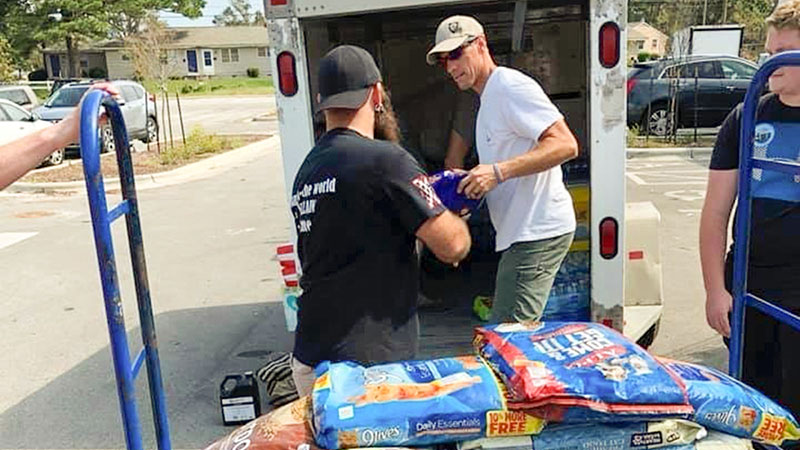 FRANKLIN
In the aftermath of Hurricanes Florence’s and Michael’s historic paths of destruction through towns and hamlets in North Carolina and beachfront resort towns along Florida’s panhandle, good Samaritans from all over the country have been answering the call to provide on-going relief aid to citizens and animals in the stricken areas.

Two such angels of mercy were Steven Street, lead trades instructor at Paul D. Camp Community College and his wife, Natalie, an instructional coach at Carrollton Elementary School in Isle of Wight County.

Steven and Natalie, along with Steven’s brother, Patrick, and friends Kristen and Jeff Lander, loaded up three SUVs and a mid-size U-Haul truck with water, non-perishable food, first aid supplies and pallets of dog and cat food to distribute to our neighbors to our immediate south following Florence’s devastation.

This humanitarian effort resulted from a “call to action” by Steven to faculty and staff colleagues at the college and from Natalie’s outreach to her friends and public school co-workers. Natalie’s local family and friends who live in Jacksonville, North Carolina, helped to support the couple’s initial effort by giving them a list of their top needs. Steven immediately jumped on the bandwagon to solicit relief items from his co-workers at PDCCC in order to assist people and families in his in-law’s community and surrounding areas affected by the storm.

Steven notified the entire PDCCC family, including those on the Franklin and Hobbs Suffolk campuses, as well as those at the center in Smithfield, of what he and his wife were planning to do to aid in the clean-up and relief effort. He asked for donations of water, batteries, canned goods, pet food, diapers, cleaning supplies, toiletries and personal hygiene items.

Not only did faculty and staff answer the call, even students jumped at the chance to help others. Within a matter of days after Florence passed over North Carolina, Steven’s office was piled to the ceiling with donations. To make the collection and transport of items easier, Steven announced he would have a U-Haul truck parked at PDCCC’s Franklin campus. Nurses from the Allied Health Department went shopping at Walmart during their lunch hour and put their supplies directly into the truck.

Natalie organized her donation collection similarly. Her work colleagues and friends donated by the dozens and helped Natalie fill three SUVs with much needed supplies for victims of the storm. Many of Natalie’s staff members also had family and friends affected by Florence and found the humanitarian effort by the Streets the perfect way for them to also lend a helping hand.

The Streets and Landers set out for Jacksonville on Saturday, Sept. 22. The usual three-hour trip took over five hours because roads were closed due to flood waters or downed trees. A neighbor of Natalie’s parents who owned a rental property that was undamaged by the hurricane, provided it free of charge as overnight accommodations to these Virginia volunteers.

After two days of handing out some supplies directly to victims in Jacksonville, Steven and his band of gratuitous helpers dropped off their U-Haul supplies at a variety of distribution shelters that opened up in the area. The Onslow Outreach Community, Soup Kitchen, and Samaritan’s Purse were the main shelters where their donated supplies were dispensed. They also met linemen, many from New Jersey and Illinois, who had come to help restore power to the area. Steven and Natalie made it a point to come to the aid of these first responders by giving them bottles of water, snacks, and face wipes.

This benevolent team plans to return to the flood ravaged area again during Thanksgiving as recovery is going to take months, if not years.

Anyone interested in donating supplies to be delivered during the holiday season may reach Steve at sstreet@pdc.edu or Natalie at nstreet@iwcs.k12.va.us.

DESIREE URQUHART is PDCCC’s grants coordinator. Contact her at 569-6789 or durquhart@pdc.edu. 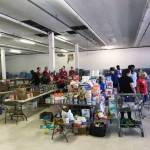 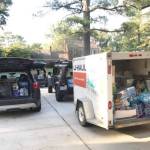 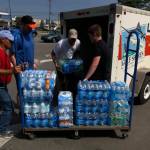 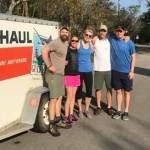