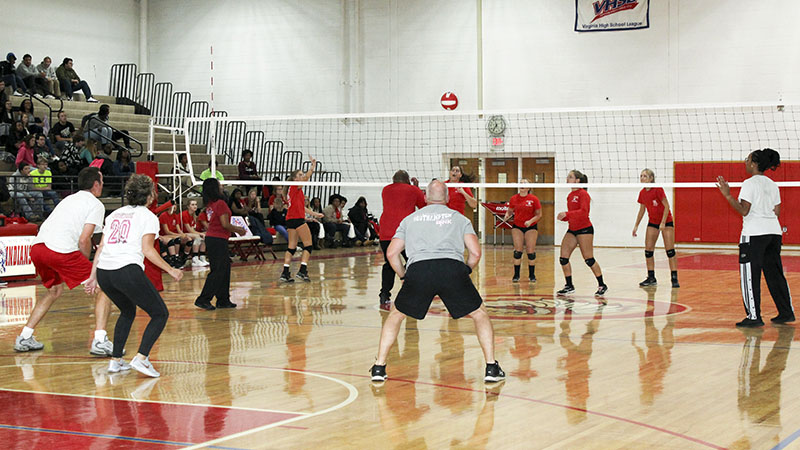 The Lady Indians competed against faculty in a benefit volleyball game on Oct. 26 in the Southampton High School gym. -- Submitted | Melissa Edwards

The game was held at the end of the school day. They advertised that students could get out of class to watch the varsity volleyball team crush the teacher volleyball team. On the day of the game, the players would warm up as students who bought tickets were walking into the gym.

During the game, the varsity team was making slick plays and spikes left and right. As the teachers were playing, they were struggling, but they would make good moves such as when Mr. Jordan Pulley made a surprising block from Maddie’ Simmon’s spike.

During the event, they played three sets and the Junior Varsity Team served as the referees, scorekeepers and timekeepers.

At the end of the game, the Varsity Volleyball Team of Southampton High School raised $2,000 for the Virginia Breast Cancer Foundation.

Thanks to Ms. Amy Davis and the Lady Indians for organizing this event.

ANTHONY ONA is a senior at Southampton High School.