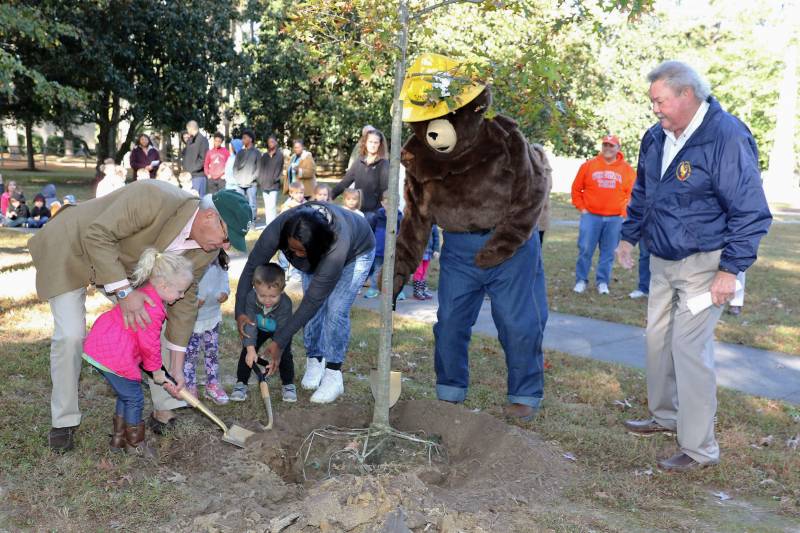 Mayor Frank Rabil is assisted by some of the youth from the Gingerbread House, Smokey the Bear and Donald Goodwin. -- Frank A. Davis | Tidewater News

FRANKLIN
The City of Franklin had its annual Arbor Day Celebration on Oct. 25 at Memorial Park. 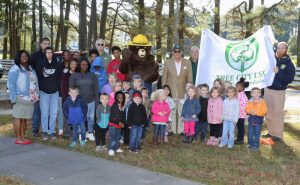 All the youth groups get a picture along with Smokey the Bear and Mayor Frank Rabil.

Donald Goodwin, director of Community Development, presided during the ceremony. A proclamation from the City Council of Franklin was read by Mayor Frank Rabil.

Special presentations were performed by youth of the Gingerbread House and the Franklin Children’s Center.

Also, reading a letter of support for the event was a representative of the Central Based Instruction Group of Franklin High School.

Scott Bachman, a forester with the Virginia Department of Forestry presented a banner award to Rabil.

The ceremony concluded with the planting of a Shumard Oak Tree.