Fall bite is on 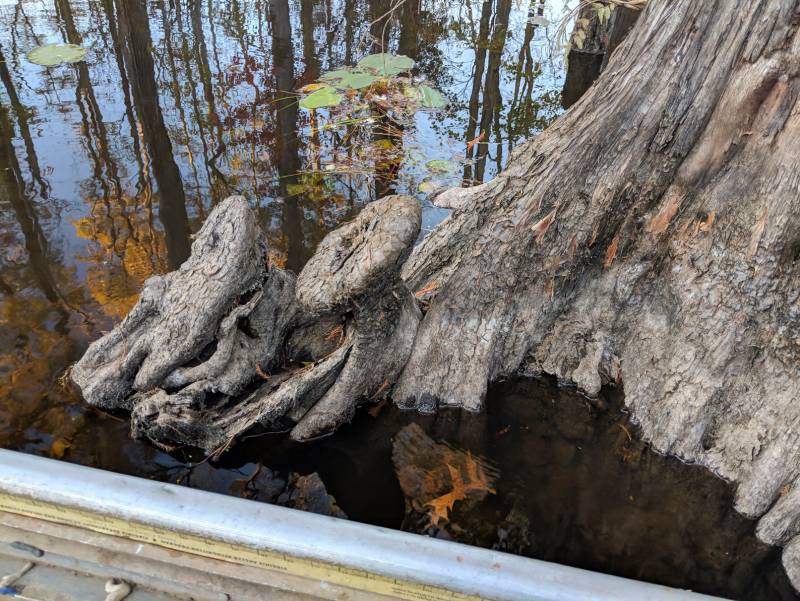 Spirit of Moonpie and I spent the 24th through the 26th on the Blackwater below Franklin. Air temps ranged from 38 to 70 degrees and the water has cooled right on down to 57.

Trash on this trip was light, and I saw no water quality issues. In fact, the water was very clear for the Blackwater.

The main mission on this trip was to catch catfish for a friend of mine who is having a big party in November. So I thought it was going to be a pretty laid-back trip for once and was looking forward to kinda slacking off.

Well, it didn’t work out like I had planned. I caught so many catfish all I did was clean catfish, bait limb lines, repair limb lines then clean more catfish. Don’t get me wrong, it was fun in a work-your-butt-off kinda way. So I accomplished the mission for sure and in a big way. The two biggest cats weighed 20 and 16 pounds respectively. By the time I had cleaned all those catfish, the boat looked like a massacre had occurred in there … OK, so I guess a massacre did occur in there.

The other fishing was great also. I caught so many bass I lost count. I think it was 10 and they were all small — less than two pounds. All were caught on an inline spinner and a CC Shad. I also caught a nice chain pickerel that had a bream inside it that was so big it was ‘bout to rupture its guts.

So now’s the time to get on the river. The leaves are pretty and the fish bite is on, on the two rivers we call the Blackwater and Nottoway.