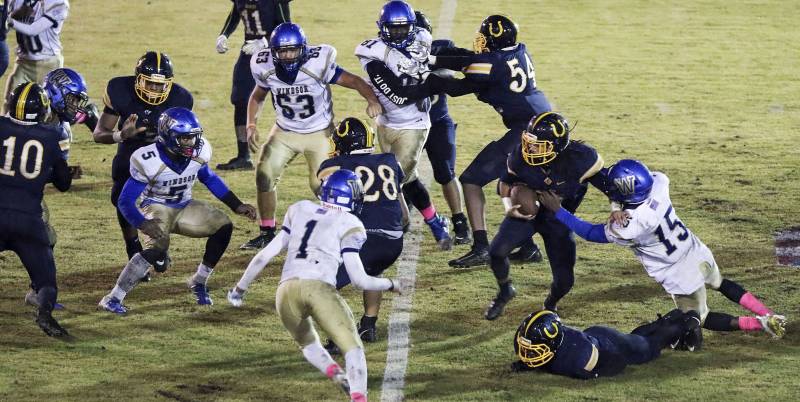 FRANKLIN
The weather wasn’t fit for a duck on at Armory Drive Park Football Stadium as the Franklin Broncos and the Windsor Dukes took to the field. Both teams were playing in the rain for the entire game and with sloppy field conditions. Add to this that only a few spectators braved the weather conditions. Franklin officials, in hopes of beating the weather, did move the kick-off time ahead one hour but the rain was already present at the kick-off of the game. This being the last home game of the regular season was senior night and also a night to give special recognition of new members to the Franklin Wall of Excellence.

The Broncos made easy work over the Dukes as in the first quarter scored on touchdown runs by Kermond Rogers and Myroen Barrett. The kick on both touchdowns was good by Leon Otto to put the home team ahead 14-0, which held until the end of the first half.

During the halftime, Franklin High School Principal Travis Felts led a delegation of persons onto the field and information on each one was read about their accomplishments.

In the third quarter of play, Tyvon Carr scored for the Broncos on a one-yard run, and Leon Otto added the extra point to advance the score to 21-0. Early in the fourth quarter Bronco Gage Griffon picked off a Dukes’ pass and scored on a 50-yard run. The Otto kick failed and the Broncos lead increased to 27-0. The Broncos scored their last touchdown on a 2-yard run by LaSean Nichols-Porter. The extra point kick by Otto missed its mark and the score advanced to 33-0.

The Dukes got on the scoreboard in the final minute of play on a 3-yard run by Daequan Garris. On the 2-point conversion, Dukes quarterback Gage Griffon connected on a pass to Nicholas Donovan.

For the Dukes, Daequan Garris led in rushing with 153 yards. Hezekiah Spruill led in tackles with five followed by Kip Holloway and Daequan Garris both with four apiece.

The Broncos, now 8-1, will be on the road Friday, Nov. 2, for the Annual Backyard Brawl with the Southampton County Indians at 7 p.m. 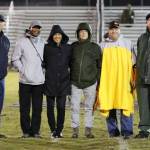 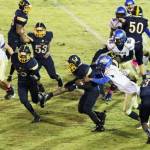 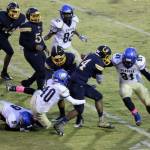 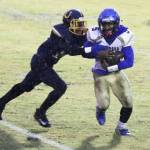 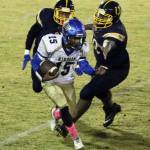