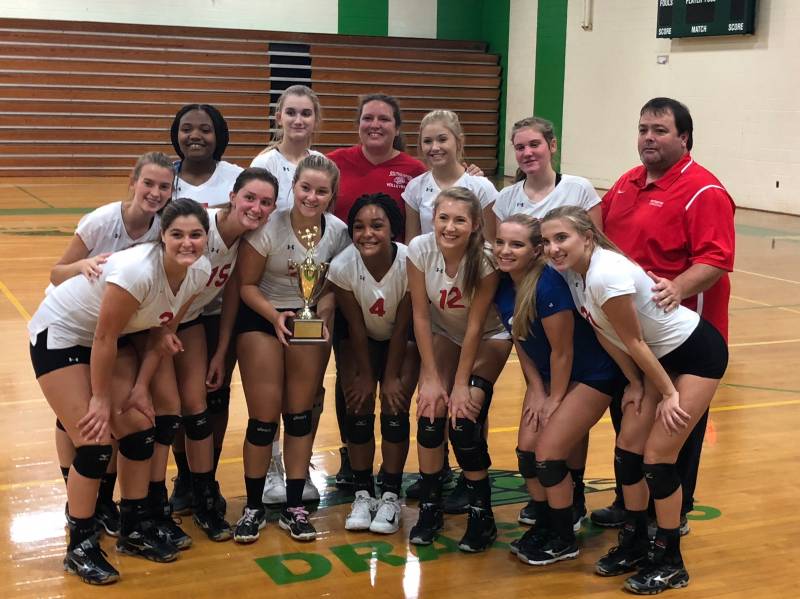 COURTLAND
The Southampton High School volleyball team defeated Park View in last night’s district tournament championship game 3-1 (18-25, 25-16, 25-22 and 25-22.) The Lady Indians finished second in the Tri-Rivers District during the regular season with a record of 17-2. The first round of the District Tournament was played on Tuesday at Southampton. The Lady Indians defeated the Windsor Dukes in straight sets (25-15, 25-20, and 25-14.)

The Lady Indians went into both games of the district tournament with redemption on their minds. We suffered our first loss of the season to Park View after previously beating them in straight sets and suffered our second loss to Windsor 2-3. The players were eager to play and defeat both teams.

Some highlights from the Windsor game include Kinna Magette with 4 aces and 14 assists, Jamey Bunn with 10 assists and 6 kills, Maddie Simmons with 6 kills, Mallory Francis with 8 kills, and Jacey Bunn with 10 digs.

The Indians went into the Park View match with lots of energy and enthusiasm but played a little flat with too many unforced errors. The team knew after the first set if we decreased the errors we could defeat the Dragons. They did just that taking control of the game by minimizing errors and generating offense.

Some standouts from the match included Kinna Magette with 19 assists; Jamey Bunn with 15 assists and 16 kills; Mallory Francis had 3 aces, 13 kills, and 21 digs; and Jacey Bunn had 18 digs.

The Lady Indians will begin Region 3A on Monday at 6 PM. We go into the tournament as the second seed. Eight out of twelve teams make the regional playoffs; Southampton hosts Petersburg, Park View hosts Booker T. Washington, Colonial Heights hosts Phoebus, and New Kent hosts Tabb. The winner of Monday night’s game will play the winner of the Colonial Heights/Phoebus match on Wednesday, and the higher seed will host the regional finals on Thursday, Nov. 1. Both the regional champion and the regional runner up will advance to the quarterfinals of the state tournament, which begins Saturday, Nov. 10.