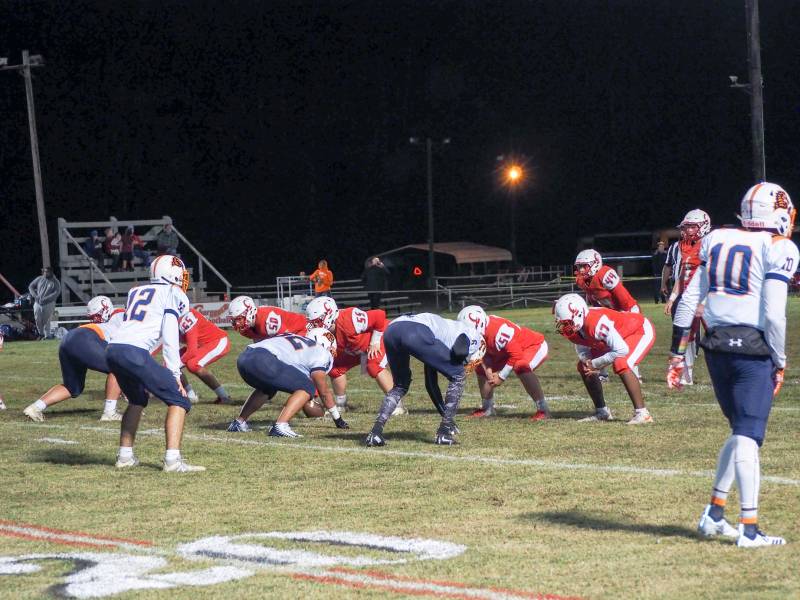 The Christchurch Seahorses went against the Isle of Wight Academy Chargers last Friday, but lost 41-12. -- Stephen Faleski | The Tidewater News

IWA opened the scoring with a seven-play, 65-yard drive in the first quarter. Runs by Edwards, Boyce and Williams set the Chargers up with a third down at the Christchurch 10-yard line. Boyce then found Bristol in the corner of the end zone, Tre Powell’s PAT made the score 7-0 with 8:34 remaining in the first period.

The Seahorses embarked on their own extended drive, advancing to the IWA 19-yard line. Quarterback Jaylen Wood found Nick Thompson with a touchdown strike, but the play was called back because of a Christchurch holding penalty. On third down and long, Wood took a sack and his team was forced to punt.

IWA took the ball at its own 24 and marched 76 yards in six plays, scoring on a 12-yard scamper by the speedy Williams. Powell’s extra point made it 14-0 with :46 left in the period.

Christchurch, less than a year removed from a Virginia Independent Schools Athletic Association Div. II Championship but also beset with graduations of key players, encountered trouble on its next possession. A Seahorse player fumbled the ensuing kickoff, giving IWA the ball at the Christchurch 30-yard line.

Four plays later, the visitors from Virginia’s Middle Peninsula appeared to have stopped IWA on fourth down, but a Christchurch defender threw Boyce down, drawing a roughness penalty that gave the Chargers a first down at the Seahorse 11. Three plays later, Boyce found Bristol again. The PAT gave IWA a 21-0 advantage.

After the two teams exchanged drive-killing fumbles, Christchurch righted itself briefly on its next drive when Wood connected with senior receiver Connor Gordon on a 50-yard pass play to make it 21-6.

Perhaps trying to hold IWA in check on its next drive, Boyce would not be contained. On fourth-and-5 from the Seahorse 29, the crafty senior signalcaller was flushed from the pocket, drifted right and found junior Zack Stroud in the middle of the field for a 29-yard touchdown with 3:37 left before halftime.

In another bid to get back in the game, Christchurch scored on a 52-yard run by Sebastian McGill on its next possession. IWA fumbled the ensuing kickoff and Christchurch advanced as far as the IWA 13-yard line before time ran out at intermission.

IWA remained fourth in the Division II Poll released Oct. 16. The top four teams qualify for a two-week, three-game championship tournament and, if the season had ended then, the Chargers would have played Nansemond-Suffolk Academy. Perhaps juggling the standings somewhat, N-SA lost to Norfolk Christian 38-22 on Friday. The Saints must also face No. 2 Fredericksburg Christian Saturday afternoon and Roanoke Catholic (ranked first in VISAA Division III) on Nov. 2.

IWA has one regular-season game remaining on Friday versus Fuqua (3-4) at 7 p.m. at IWA’s William M. Hooper Field. The Falcons are ranked fifth in VISAA Division III. 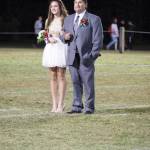 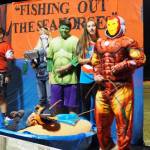 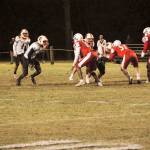 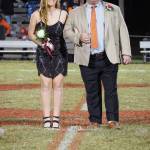 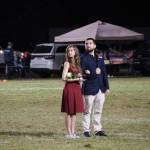 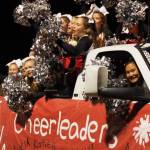 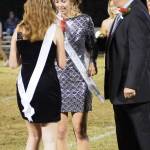 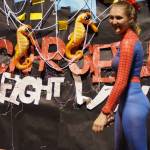 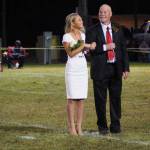 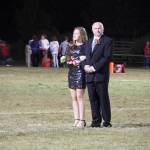 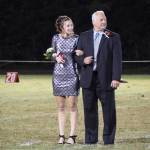 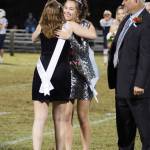 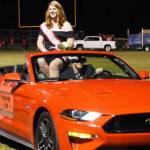 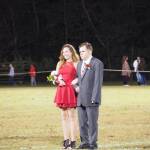