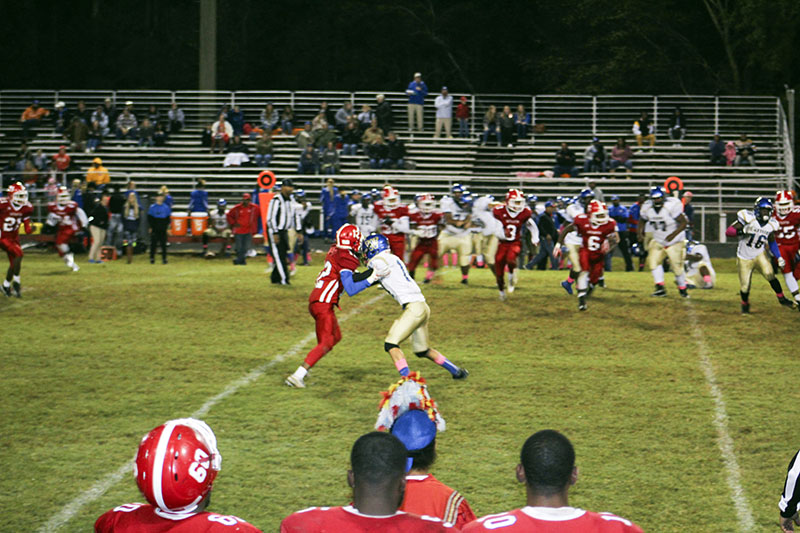 A Southampton Indian, left, and Windsor Duke struggle against one another during a play.

Specifically, whenever any of the Dukes got possession of the ball, they were quickly stopped in their tracks.

Almost four minutes into the first quarter, the Indians got their first goal, and were successful in the 2-point conversion.

The second quarter is when Southampton really racked up the points. At 9:53 on the clock, the Indians made their second goal; the conversion was good; likewise at 7:35, 2:05 and then 17.2 on the clock, bringing the score to 40-0 by halftime.

In the third and fourth quarters, as in the first, the Dukes were unable to catch a break. But, they also kept the Indians from advancing much further. Southampton didn’t get another goal until 53.7 seconds left; and then the last one at 7:31 in the fourth; both attempts for conversions failed.

• Southampton’s Sharon Reid-Wilkerson had a 39-yard run. Jaylin Freeman ran for the conversion

• Reid-Wilkerson later had a 60-yard run, and Freeman ran a successful conversion.

• Ahkey caught a 10-yard pass from Jarrett, and Freeman ran for the conversion.

• Southampton’s Willis Walton ran 10 yards for a touchdown, but the conversion run failed.

• Southampton’s Jeremiah Knight had a 60-yard run, but that conversion run also was unsuccessful.

Southampton achieved 40 rushes for 382 yards; Windsor at 23 rushes for 87 yards.

For passings, Southampton made two attempts and got one completion for 10 yards;

Windsor made 10 attempts and had two completions and two interceptions for 19 yards.

Southampton had no punts; Windsor had four punts for a 23-yard average.

Southampton had three penalities for 20 yards; Windsor 7 for 58 yards.

Southampton had one fumble, but that was not lost; Windsor had four fumbles and lost two.

Southampton goes to Parkview in South Hill on Friday, Oct. 26; the game begins at 7 p.m.

Windsor goes to Franklin on Friday, Oct. 26; that game also starts at 7 p.m. 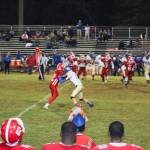 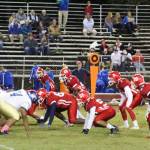 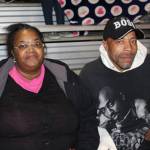 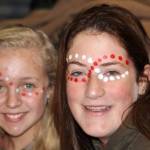