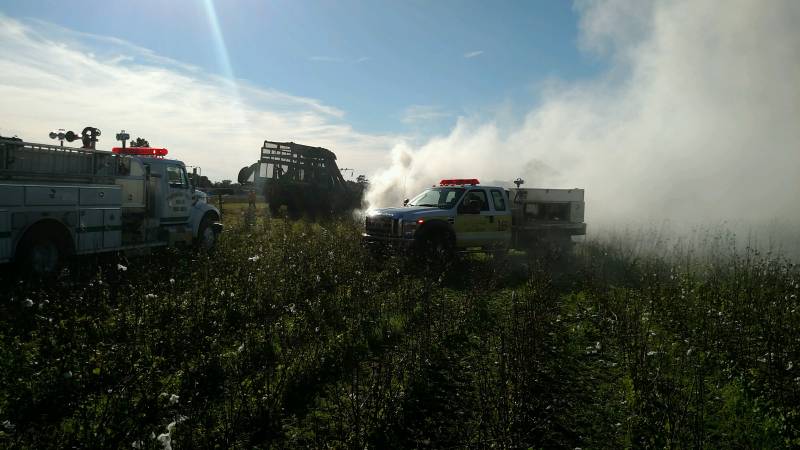 According to Newsoms VFD Chief Jonathan Hinson, crews arrived on scene 10 minutes later to a cotton field near the intersection of Statesville Road and Cross Keys Road, finding smoke from a cotton picker and a pile of cotton on fire in the field. Crews were able to quickly bring the cotton picker fire under control by 3:59 p.m., and the fire in the field under control by 4:06 p.m. Crews continued to work the scene until all fire was completely extinguished.

Approximately 20 volunteer firefighters responded to the scene from Newsoms and Boykins Volunteer Fire Departments with three engines and a brush truck. No injuries were reported from this incident. 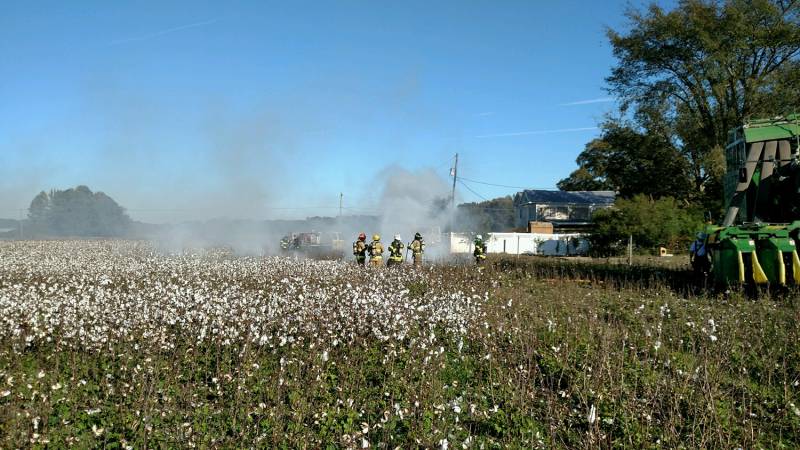 Firefighters work to control the fire in the field. Submitted | Newsoms VFD