Governor comes to breakfast in Franklin 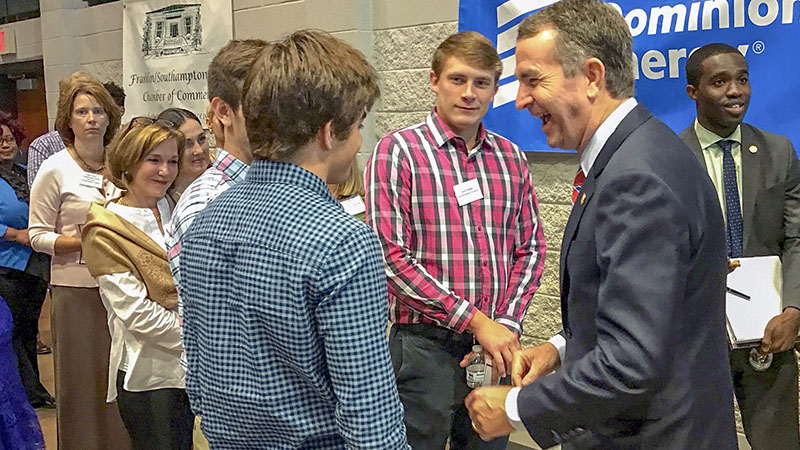 FRANKLIN
Those 150 people who reportedly attended the legislative breakfast with Gov. Ralph Northam on Tuesday got more than scrambled eggs, coffee and a pleasant speech by the state leader. They also received both a personal and personable encounter during the informal get-together.

The event, which took approximately 60 days to arrange, occurred in the Regional Workforce Development Center at Paul D. Camp Community College. The Franklin Southampton Chamber of Commerce hosted the event.

Teresa Beale, executive director of the Chamber, said Northam was “very in tune with having the students there — International Paper sponsored them. There were 46 students from both high schools, Southampton Academy and Rock Church. He talked a lot to the students about their futures.”

She added that the governor also spoke about early childhood education and its importance, as well as that of workforce training and community colleges. Beale also said that Northam talked about how important is that all Virginians have health care. Related to that topic, he touched on the challenges of the opioid crisis.

“We were just excited to have him here,” she said.

Kim Marks, president of the Chamber, said having Northam visit was “wonderful. We were so happy to have him here. He did a great job, especially communicating with the students and being able to relate to them.”

She continued, “I thought he was on point [when talking] about health care. I’m glad that the Chamber could bring him to the community.”

Randolph Cook, the Chamber’s vice president for governmental affairs, also witnessed a personal touch that Northam had with everyone he met.

“He didn’t seem rushed. He spent about 25 minutes just mingling. I thought he did a lot of communicating with the students. He shook hands with every student almost. He asked about their plans.

“He talked about education — that was a big part of his speech. Then he talked about increasing business and that kind of thing.”

Cook noted that Northam, who said he grew up on the Eastern Shore, enjoyed the setting for the breakfast.

“I thought it was a very successful visit,” said Cook. 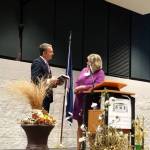 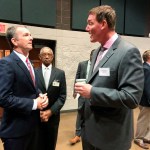 Gov. Ralph Northam, left, talks with Dr. Dan Lufkin, president of Paul D. Camp Community College. In the middle is Dallas Jones, chairman of the Southampton County Board of Supervisors. 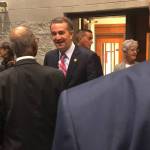 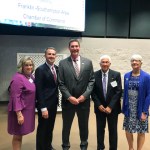 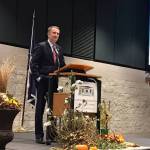 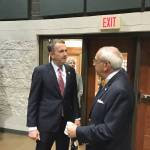