Victim of Sept. 30 shooting has died

The victim of a shooting that occurred on Sept. 30 has died.

That person, now identified as Sean Antron Butts, 38, of Franklin, had been shot in the head. On the day of the incident, Franklin Police officers found Butts inside an apartment in the 300 block of South High Street, and had him airlifted to an area trauma hospital. 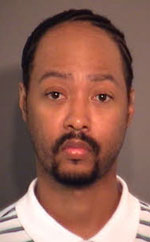 According to Capt. Tim Whitt, spokesman for the Franklin Police Department, the investigation led officers to arrest 37-year-old Tremayne Cassell Pope of 305 S. High St., Franklin. Pope was initially charged with unlawful wounding, use of a firearm in the commission of a felony, discharge of a firearm resulting in injury and discharging a firearm in an occupied building. With the death of Butts, Franklin Police have added a charge of second-degree murder.

Pope remains in the Western Tidewater Regional Jail without bond.